"I am personally too far removed from the ascetic way of looking at life to believe that education for the purposes of pure intellectual contemplation can be defended." ~ Objectives of a Liberal Education

Charles Henry Oldfather began teaching at the University in 1925.  Though not specifically a Classics professor, he did teach ancient history, which included the history of the Greeks and the Romans.  His views on a liberal arts education helped keep the Classics alive at the University, and he was well remembered for that.

Oldfather believed that learning ancienct history was important because it served as a way for students to learn about the human condition. Ancient languages, however, were helpful to those who struggled with English Grammar, but shouldn't be taught just for "intellectual contemplation." 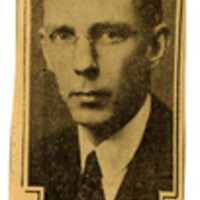 Page 1 of an an article introducing Charles Henry Oldfather as part of the University's faculty, written in the Daily Nebraskan in 1934. 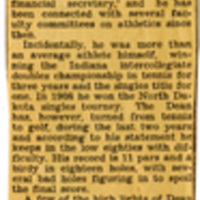 Page 2 of an an article introducing Charles Henry Oldfather as part of the University's faculty, written in the Daily Nebraskan in 1934.

Another article on Oldfather, "Dean C.H. Oldfather, Student of the Past, Finds Wise Teaching in Classics" outlines his ideas on classical education. 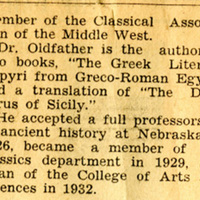