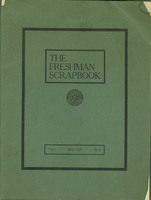 (an impromptu theme written in class on a topic assigned)

“A thing of beauty is a joy forever:

Its loveliness increases; it will never

Pass into nothingness; but still will keep

A bower quiet for us, and a sleep

Full of sweet dreams, and health, and quiet breathing.”

So thinks Keats; and so think I.  I have ever gone back to beauty for consolation, for quieting of heart, for nourishment and inspiration.  And beauty has never failed me, whether she be on the printed page, the canvas, the face of character, in a noble act, in music, or in the realm of nature.

I think that nature has given me the most peace and inspiration.  And here I remember the woods in Germany.  I remember when my learned uncle, that classical scholar and servant of philosophy, would put aside his books, get out his walking stick, take a few sandwiches, and holding me by the hand, draw me away to quietude.

Soon we had left behind the crooked little streets of cobblestone, and then, after we had passed the tall statue of some ancient German hero, who had an arm upraised, bearing a sword, we would turn off from the highway and follow the stony paths into the deep forest.  There we always walked soft-footed, spoke in hushed tones or not at all, for we felt alike the mystic spell of beauty.  Sometimes we stood motionless, heard a bug crawl over a creaking leaf, watched a green frog breathing heavily, or a black snail slip slowly over the mulch, leaving a silver trail.

Then we were startled by the breaking twigs close by, whither a fawn had danced.  Those soft eyes of innocence and trustfulness – I have seen them since in the face of a child.  As we passed on through the shadows of the trees, smiled upon by flecks of sunshine, caressed by ferns and little breezes that were bearing Tannenduft, and called at by twittering birds, we heard occasionally the silver tinkling of little spring.  Surrounded by curling moss and ferns, and little woodland flowers, it rippled on over glittering sand, now avoiding a pebble, now slipping off another, like a dainty nymph.

Sometimes we climbed higher and higher, now through an oak wood and again through one of pine, until at last we reached the little old church, built of huge rocks.  It was unused now, but once it had seen many sturdy people climb up to it faithfully every Sunday.  In the graveyard one occasionally discerned a date of the seventeenth or the sixteenth century, that had almost been worn away from the face of a sunken slab.

Looking out from this hill, we could view, gleaming through the trees, the Baltic Sea.  Sometimes white sails were fluttering back and forth, far down.  Then my uncle often related to me the war tales of the ancient Germans, particularly of the time when a few people, standing just where we stood, saw, far away and below, a whole fleet of white sailboats approaching; and of how the church bell was rung and the tribe saved.

Long before we turned our way homeward again we were always joined by a third person.  From her we received our inspiration, and by her we were guided.  Her name was Beauty.

Marie Lau, The Freshman Scrapbook, May 1925