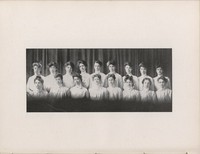 As involvement in Greek life and their social agendas grew, concerns were raised by the administration that students were more interesting in their fraternities and sororities than their studies. Chancellor Andrews believed that Greek societies divided the campus into cliques and were in need of guidance. In 1905 and interfraternity council was established to bring order to the Greek societies on campus (Knoll). 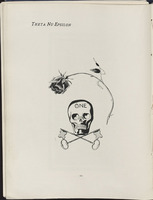 Probably the house most in need of guidance was Theta Nu Epsilon. What started as a social group had turned into a drinking club that became extremely involved in campus politics. Theta Nu Epsilon, also known as TNE, challenged all authority and monopolized campus offices (Dorsey). However, the purpose of most fraternities at the time was to offer a sense of camaraderie among members and provide a place for intellectual discussion (Knoll).