Pershing Rifles was formed initially by General Pershing in 1891 as a crack drill organization that would set an example to the rest of the drill unit on how to conduct themselves. This group, which was originally called Company A, in 1892 went on to win the Maiden Division in the competition held in Omaha, and the success drove the cadets even harder.  Through increasing success and pride, the cadets gained a level of national recognition. In 1892 Company A took the name of Varsity Rifles, and finally in 1895 when Pershing was transferred from the University the company, out of respect and admiration for his hard work, voted to change to company's name to Pershing Rifles. (History of the National Society of Pershing Rifles)

An interesting story from one of Pershing's cadets, William hayward, who became a colonel and commanding officer of the 15th New York Infantry during World War I, recalled that "Pershing was as severe a discliplinarian as a kindly man can be. He was always just. He had no pets. Punishments for derelictions of duty came no swifter than his rewards for faithful performance.... Lieutenant Pershing had a very keen though grim sense of humor. How he laughed when we appeared for the first time in white duck trousers as part of our uniform. They were made under contract from measure by a concern which made tents and awnings, and the goods must have been cut out with a circular saw." This account among many shows the immediate and valuable impact Pershing left on his cadets. Pershing Rifles was formed from Pershing's ability to impart his work ethic of hard work and diligence to his cadets. (Vandiver)

Ever since the start of the Pershing Rifles it has been successful, and now is a nationally recognized organization that has societies in over one hundred universities nationwide, based on increasing military efficiency, professionalism, and leadership in its members. The organization bases its purpose and objectives along the lines of what Pershing used when he started the group  at the University of Nebraska. 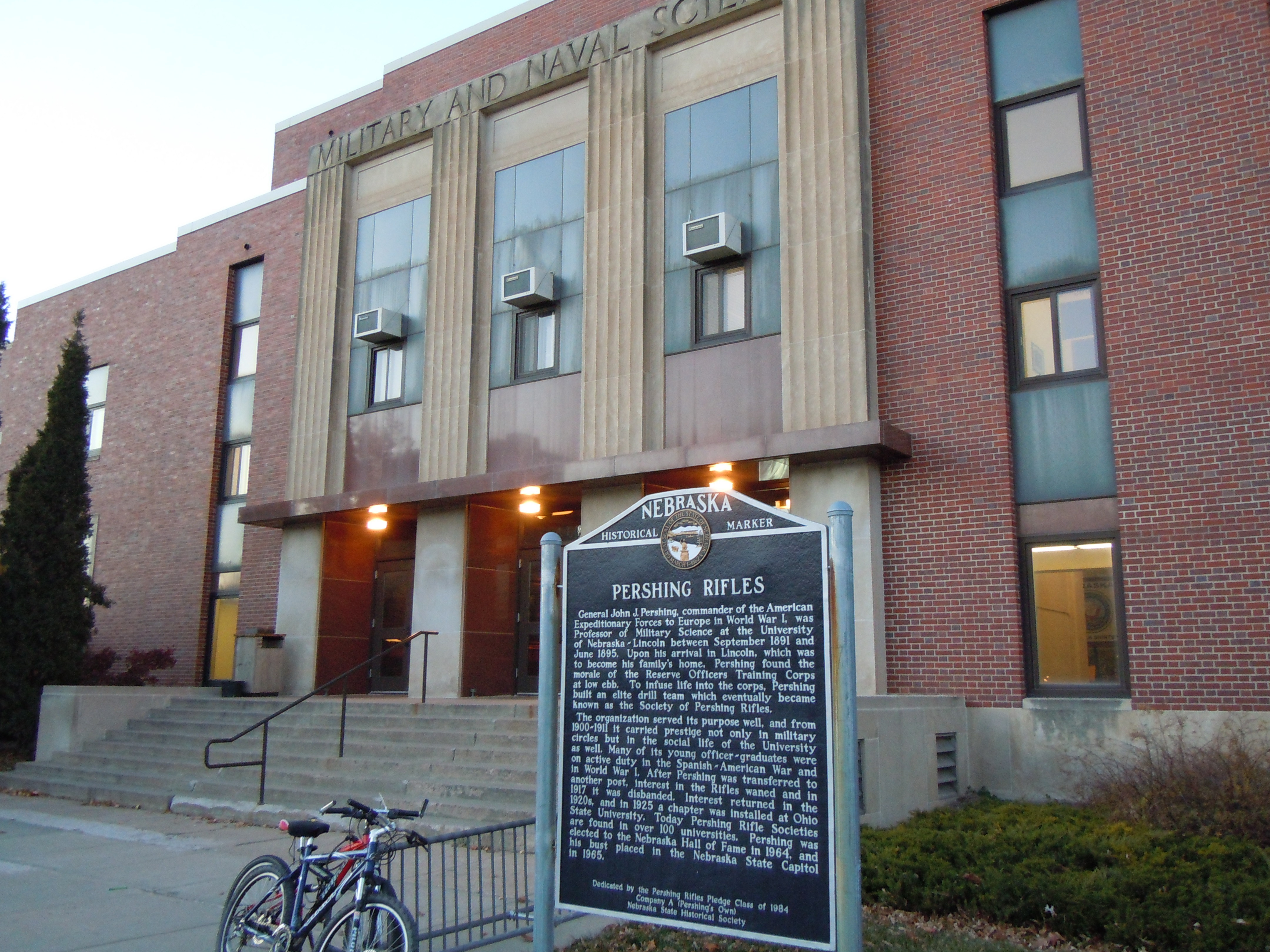 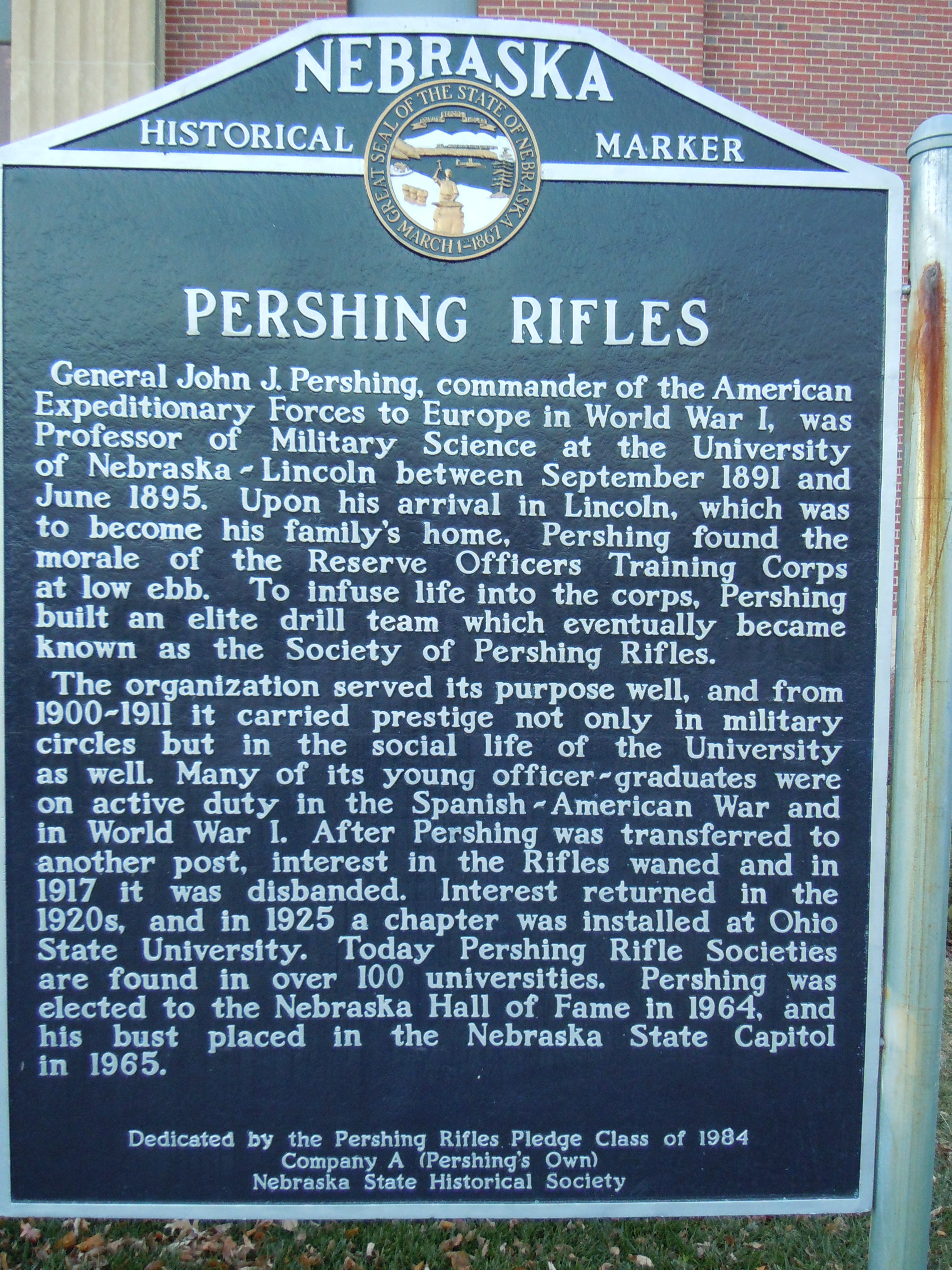 The Pershing Rifles historical marker (pictured) is found on the south side the Military and Naval Sciences Building on campus, in front of the main entrance, and has been there since 1984. On it is transcribed a brief overview of General Pershing's contributions to the University and information about Pershing Rifles. (To read the full text of the historical marker, click here and an enlarged version will appear)