Detailed accounts of the trip to Portland, Oregon, including stops made along the way.

Nebraska embarked on their trip to the west coast and Portland, Oregon. They made stops in North Platte, NE., Scottsbluff, NE., Julesburg Co., and Laramie, Wyo. Each time, they were met with large amounts of support and crowds gathered to watch the team from Nebraska. Nebraska's national following was strengthened because of this trip. People who had never seen the boys from the midwest were able to watch Nebraska play, whether in practice or in the game in Portland, and the impression of Cornhusker football was made.

During the trip to Portland, Oregon, the team had a very serious air surrounding it. While coach Stewart played the piano, the team was locked in on what it needed to accomplish as they prepared game plans, the best of which, would be presented to Stewart and used in the game. 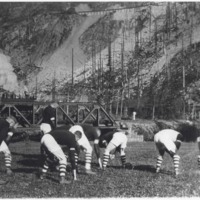 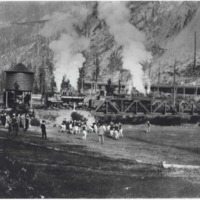 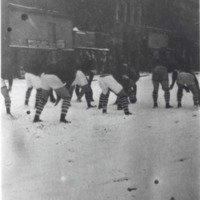 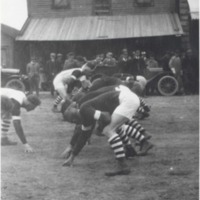