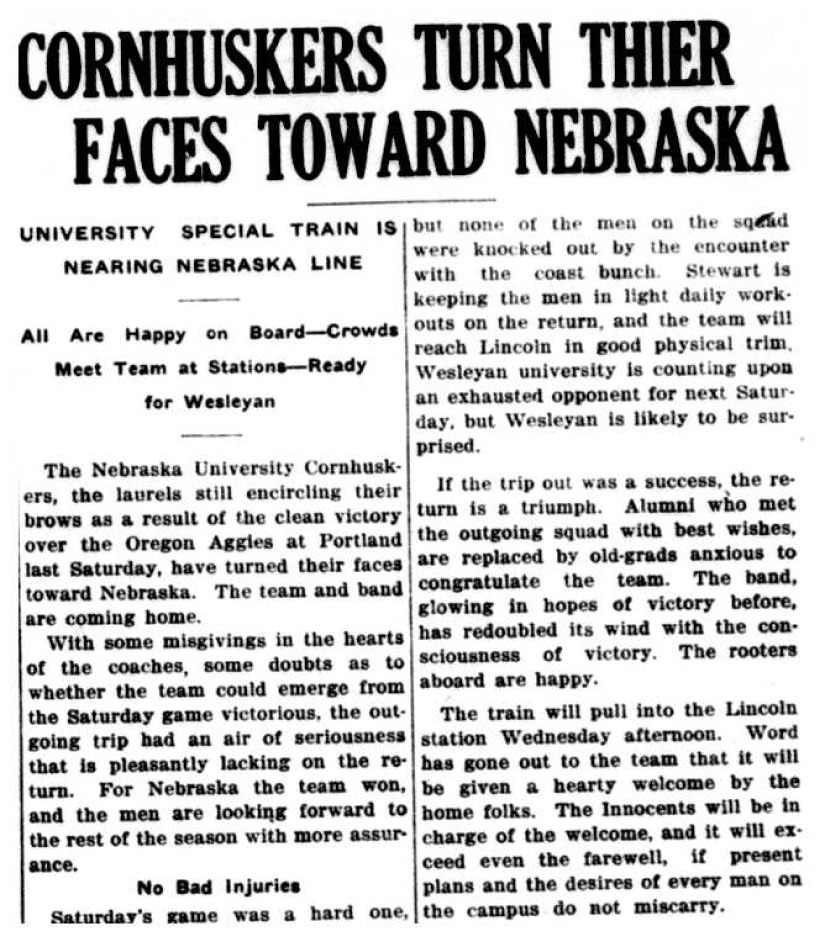 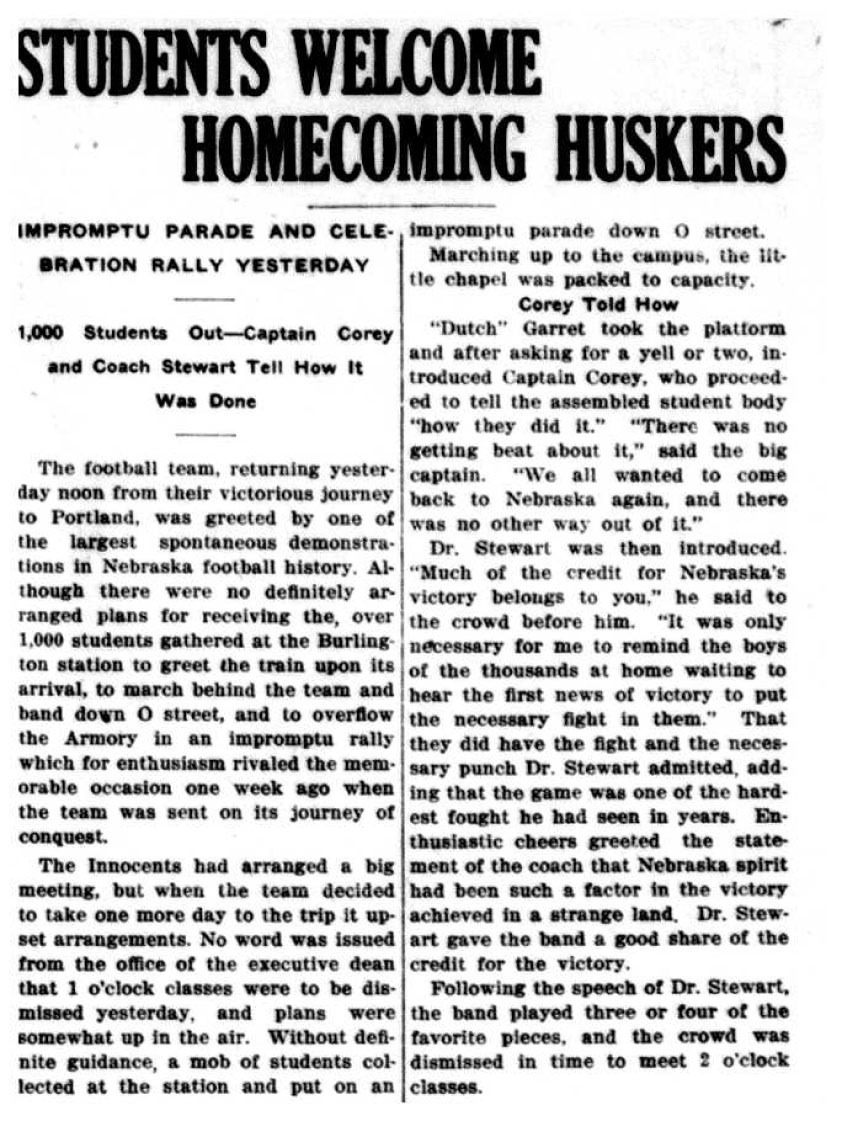 The Cornhuskers return home after the victory, with a large celebration to be had. The first trip outside the midwest resulted in one of the biggest victories in NU history and led to a trend of playing tougher opponents.

The article found in the Daily Nebraskan describes how the team and fans reacted to one of the greatest victories in Nebraska history to that date.

The Nebraska football team was expected to arrive on time, but decided to take a little extra time to enjoy the hard fought victory, leading to a one day delay of arriving home.

Coach E.J. Stewart's decision to schedule tougher opponents proved to be a successful move. The victory of the Oregon Agricultural College proved to be the foundation for a Nebraska football program built on success. Captain Corey and Coach Stewart's acknowledgement of "Husker Spirit" helping the Huskers win showed the growing tradition as today's football program is built on Husker Power and Spirit.