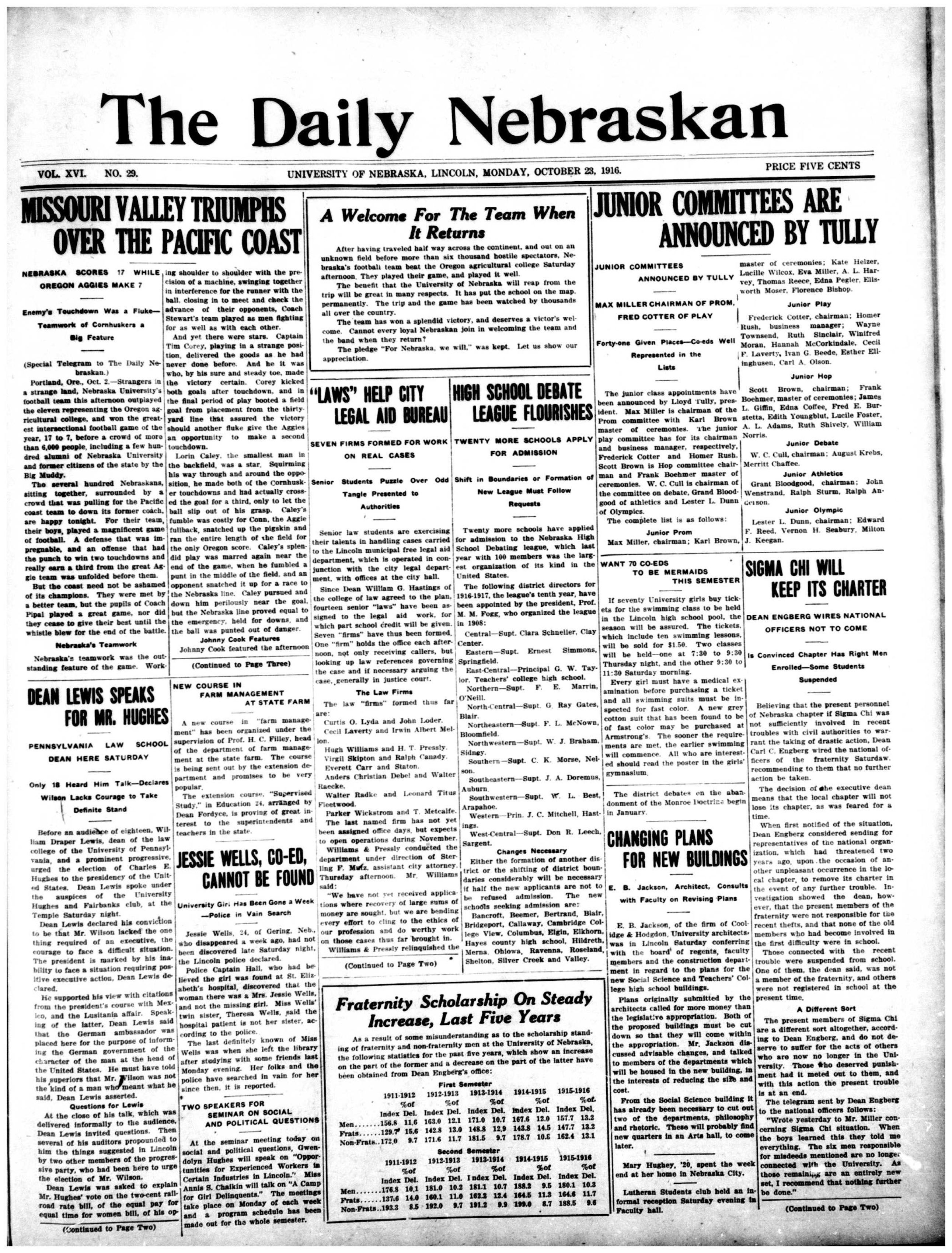 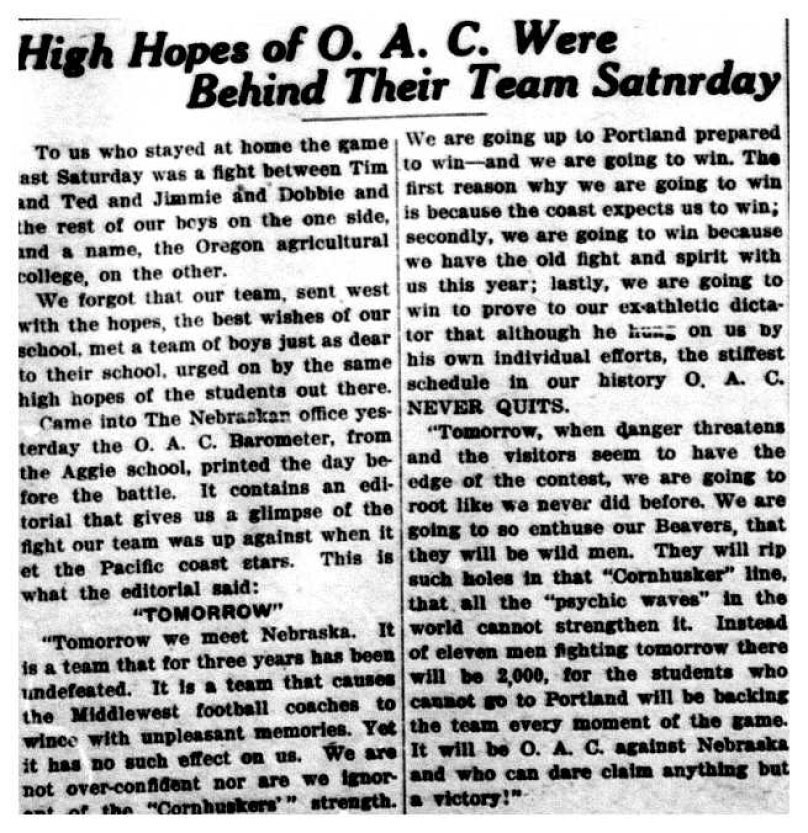 Nebraska 17, Oregon State 7. The Daily Nebraskan article written on October 23, 1916 shows that the triumph over the coast was seen as a great feat.

The article summarizes the game by quarters and plays in great detail.

One thing about the victory was the interesting twist and relationship between the teams. E.J. Stewart, Nebraska's coach, had coached the Oregon State team just the year before. He coached the Aggies to a 5-3 record in 1915 which included a 20-0 victory over Michigan State. The victory over Michigan State was played in Michigan, in similar fashion, with the Oregon State team traveling across the country to play. A year later, Stewart was coaching the Huskers and took them all the way across the country to win a game. Strange that it ended up being his team from just a year ago.

The game between the Nebraska Cornhuskers and the Oregon Agricultural College was one that encountered strong spirit, no matter which team it was for. The Aggies were expected to win by the entire Pacific coast. They were fighting to show that they would be able to beat the team from the Middlewest, no matter how good of a team they were. 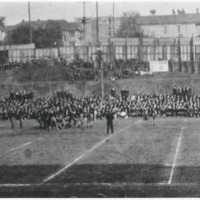 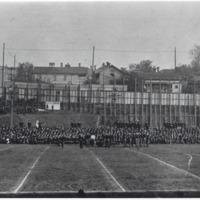