Students at the University of Nebraska during the 1910s had a growing number of activities and a growing student population. Then came World War I, and the student population decreased quickly. Those who left fought for the government and those who remained did their best to support them. When the war was finally over, the student body's sense of pride had increased tremendously and the overall growth of the university that had been halted by the war resumed at an even greater pace, which was carried right over into the 1920s.

Greek Life: Fraternities give houses to the SATC for the remainder of World War I:

The fraternities of the University of Nebraska, in cooperation with the SATC, agreed to turn their houses over to the SATC in case they were needed for temporary barracks. The University enacted new requirements new members must meet before they can be initiated, allowing fraternities to maintain their numbers during the war. Captain Maclvor, chief officer in charge of the training camp, expressed a need to preserve fraternities as a means to “prevent the college atmosphere from being blotted out by the army life of the S. A. T. C.” (Fraternities). 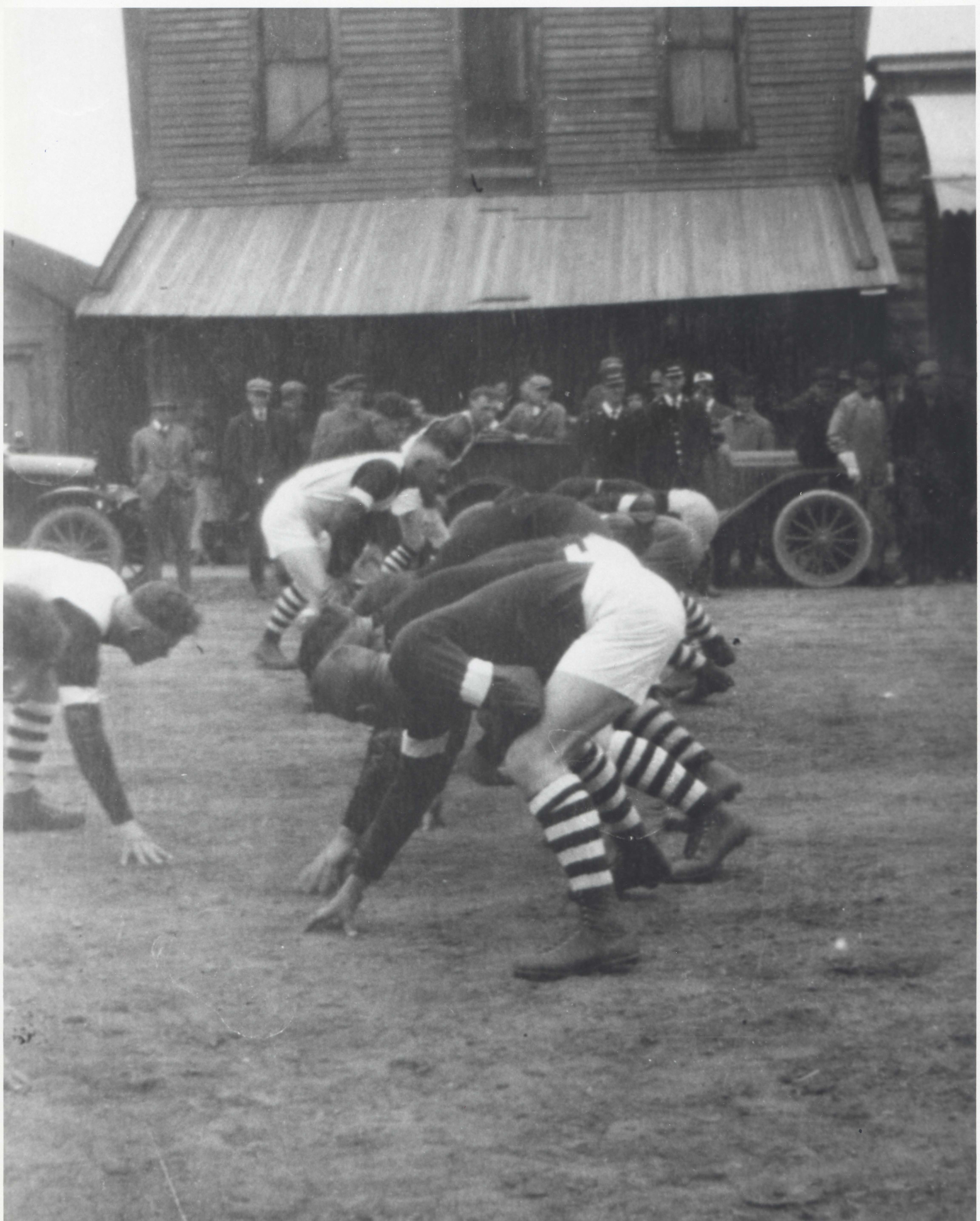 In 1911, Nebraska hired a new football and basketball coach named E. O. Stiehm, whose football teams became known as the "steam rollers" (Knoll). Under Coach Stiehm, Nebraska's football record was an unprecedented 35-2-3 and the program was becoming a national powerhouse (Knoll). However, arguments over comparisons between his salary and the salaries of professors led him to leave after the 1915 season (Knoll). In 1916, Nebraska ended the season 6-2 without Stiehm and was criticized heavily in the 1917 Cornhusker. The high expectations for Nebraska football had already begun.

A letter was written to the Daily Nebraskan, criticizing the University for allowing organizations that promote the “German Culture” to exist on campus while men are overseas fighting the Germans. The letter criticized the organization for keeping it's activities secret, claiming that the organization would not have to keep its activities a secret if it had nothing to hide. The letter also claimed that the University of Nebraska was the only University in the area that had been accused of disloyalty yet had not dismissed any faculty members (Student Opinion).

Shortly after this letter was published, the Deutsche Gesellige Verein decided that its best course of action was to disband for the time being. In response to the the criticism of being a secret organization, they claimed that it was not secret, merely unadvertised to avoid bringing criticism to the University for allowing their existence. They continued to meet after the war began because they believed that the students and faculty of the University would understand their purpose (German). 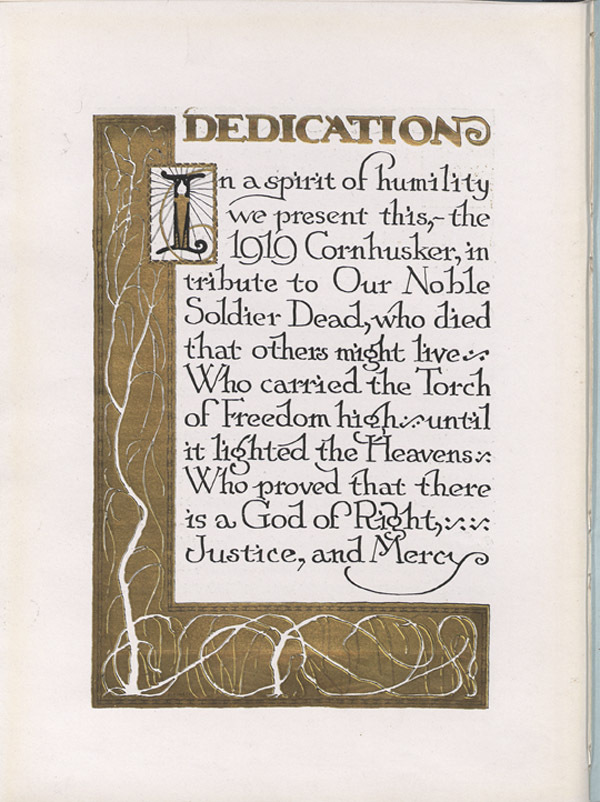 On April 6, 1917, the United States declared war on Germany and officially entered World War I. The University of Nebraska was well prepared with its Reserve Officer Training Corps. (ROTC) and its Student Army Training Corps. (SATC) that was soon to follow. Yet those weren't the only opportunities for students to help in the war effort. Many went overseas and fought, doing everything from flying planes to entering the trenches. Another popular choice was joining the ROTC Band, which became known throughout the state for its formations and music (Manley).

However, the true focus remained on those fighting and risking their lives. In fact, the 1919 Cornhusker was dedicated to every Nebraskan that had lost his or her life in the war. The section honoring soldier dead amounted to the first 40 pages, showing the great sacrifice and great impact that World War I had on UNL students (1919).

On December 27, 1919, a convocation was held at the university as General John J. Pershing was welcomed back to the school where he had once been a military instructor. The convocation ended up being more of a celebration, and the university was able to come together as the 1910s came to a close. The celebration thus brought healing, but it also allowed the university to turn its gaze toward a future that looked much more promising (1920).

Faculty on Campus →
Students on Campus