According to the Centennial History of the University of Nebraska, professors at the University of Nebraska were generally intelligent and masters of the subject they taught. A large number of older professors went to the university in their youth and dedicated their lives to teaching at the school. However, the faculty faced many hardships during the 1890s because of the depression. Professors were still regarded as teachers in Canfield's time. When Chancellor Maclean took over, he wanted to change the image of university faculty by giving them the resources to conduct their own research. [Manley] By 1899, the faculty consisted for about forty teachers.

Faculty and the Depression

In the 1890s, the university was under tremendous financial strain. Obtaining money from the government was an enormous difficulty because of the unpredictable rate in enrollment of students. Because of this unpredictability, it was impossible to for the legislature to know the amount of money actually needed. As a result of this, faculty salary was very low in comparison to the intense workload. [Manley 122] In the end, a lot of notable facultyleft to go to other universities for and less work load.

Charles Bessey was immensely influential at the university. He filled many roles, as an administrator and a botany and horticulture teacher. He was also considered one of the best botanists of the time and his papers in Botany garnered a lot of acclaim. While Bessey was a superb teacher, he had no interest in being a leader or administrator at the university. [Knoll 27] More importantly, he displayed an enormous leadership over his students, teaching them to think beyond their limits. With Bessey as their guide, many University of Nebraska students turned out to be leaders in their own subjects such as plant ecology, entomology, law, medicine, and parasitogy (Nebraska Timeline). Bessey started an agenda of controlled testing in farming that paid special attention to local farmers, investigative programs at the university and laboratory effort in the subject of botany. Bessey was an outstanding faculty member that made a lasting impact on the University's history. 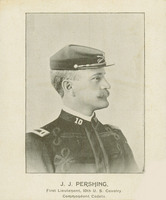 John J. Pershing is most well known for receiving the highest ranking ever in the United States military. However, long before that, he led the military department at the University in the 1890s. Pershing was most well known for the providing growth to the military department. He led his ROTC cadets to many victories over the years. As a faculty member, Pershing taught mathematics to notable students such as Alvin Johnson and Willa Cather. According to Johnson, Pershing was well liked by his students for the enthusiasm he had for his work. He was known to teach the classroom as a commander and less of a professor because he used military tactics to teach students. According to Praire University, "Pershing also taught geometry in the Latin School, rather badly. Altogether a disciplinarian, he never introduced his young charges to the pleasures of logic" (Knoll 34). Pershing became an eternal pride of Lincoln through his contributions to the university and the country alike. 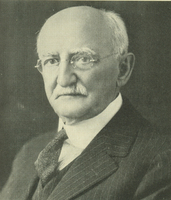 L.A Sherman: A Ph.D graduate of Greek and Sanskrit from Yale University, Sherman was the head of English department, dean of his college and then went on to become the dean of the graduate school. As a professor of English and literature, he attempted to turn literary studies into scientific investigations. He worked as a translator, editor and an author. His book, garnered criticism from many notable students such as Willa Cather and Louise Pound. [Knoll 32] 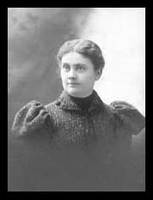 Mary Jones: Jones arrived at the University in 1892 as an acting librarian. At her arrival, she saw a library with 12,000 books but found that no "records of any value, no catalogues, or anything that goes to make up the machinery of a modern library existed" [Knoll] She set out to recreate the library in an organized manner. She started out by categorizing books by author, title and subject card catalogue which took her a few years. As a result of her work, Jones garnered respect from other faculty and especially Chancellor Canfield [Knoll 35]