"In 1891 Lincoln was just passing from rawest frontier into civic order. There were high expectations for the city, as the habitants had unlimited energy and ambition. If trees were scarce, the newcomers planted more; if the mud was deep, they planned pavement. Bliss was it to be alive, and to be young was heaven"[Knoll 27]. During the 1890s, Lincoln was a thriving community being built on excitement, hope and hard work. The University of Lincoln was expanding under Canfield's leadership and the public had high expectations from the faculty and administrators to produce educated students.

The depression caused many problems within the Lincoln community. It was assumed that as the financial requirements increased the assessed value of the property of the university would increase also. However, because of the depression, property values decreased and tax revenues declined. This made is hard for the university to garner money from legislature. [Manley 122] 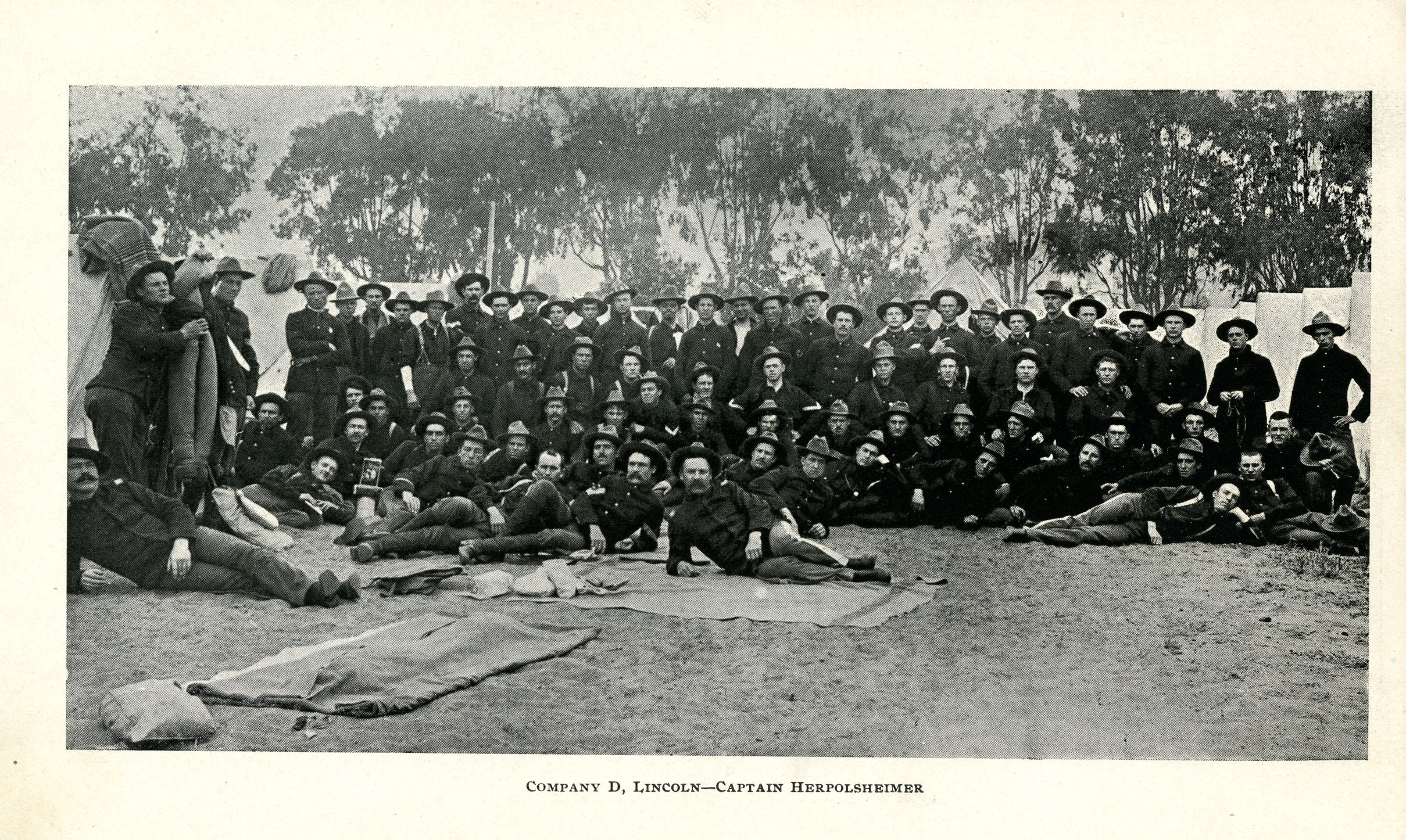 The Spanish American War took place in 1898. It ended Spain's dominance in several places and was settled with the signing of the Treaty of Paris. Many soldiers from Lincoln served in the war. The whole community was affected as families were separated from their loved ones. John J. Pershing also served in the war. He fought with the 10th calvary and noted for gallantry.

On February 15 1894, Charter Day celebrations marked the University's 25 year anniversary. The anniversary was celebrated throughout the week with great enthusiasm. Lincoln stores ran out of many goods and had to have merchandise shipped from neighboring towns. An entire issue of the Hesperian, the school newspaper, was dedicated to commemorate and look back at the 25 years of the university. [Manley 115]