With Fire and Sword

March 26, 1930: an infamous day for the power of the student body. “With Fire and Sword” was a two-paged circulated collection of writings condemning the university, and its first issue caused quite the stir. The pages attacked the student organizations, the faculty, the administration, the Nebraska legislature – no one was safe (“With Fire and Sword”). The Gadflies, the alleged authors, remained secret despite the $75 reward put up by the Daily Nebraskan in 1931 and the investigation conducted by a real detective in 1932(Knoll).  “With Fire and Sword” had few issues throughout the two years it was being produced, but they never seized to upset the university. Facts once unknown to the public came to light; startling statistics and information disrupted the unified community. Things such as the truth behind the election of the MayQueen to the corruption of the Innocents Society were published, leaving many unhappy. The Gadflies even encouraged students to question their beloved school – “We regret that the attitude of the students is so utterly docile, sheep-like, cowardly where matters which concern them most intimately are in question” (“With Fire and Sword”).  Needless to say, the students’ attitude toward the university shifted, and along with prohibition, left the students questioning the authority of the University of Nebraska.

The Depression really hit home for university when in 1932-1934 the traditional homecoming lawn decorating was cancelled due to lack of funds. The budgets were so tight that even spending the $25 for decorations was unheard of. The Innocents Society worked for the reinstallation of the tradition until 1936 when it returned. Despite the lack of money for homecoming decorations, the Innocents Society continued to hold dances and banquets for students and alumni. “The homecoming displays began as a way to strike interest in students on campus and out of town guests in the homecoming game” and ultimately, cancelling the decorating hurt the university in more ways than one (Demers). 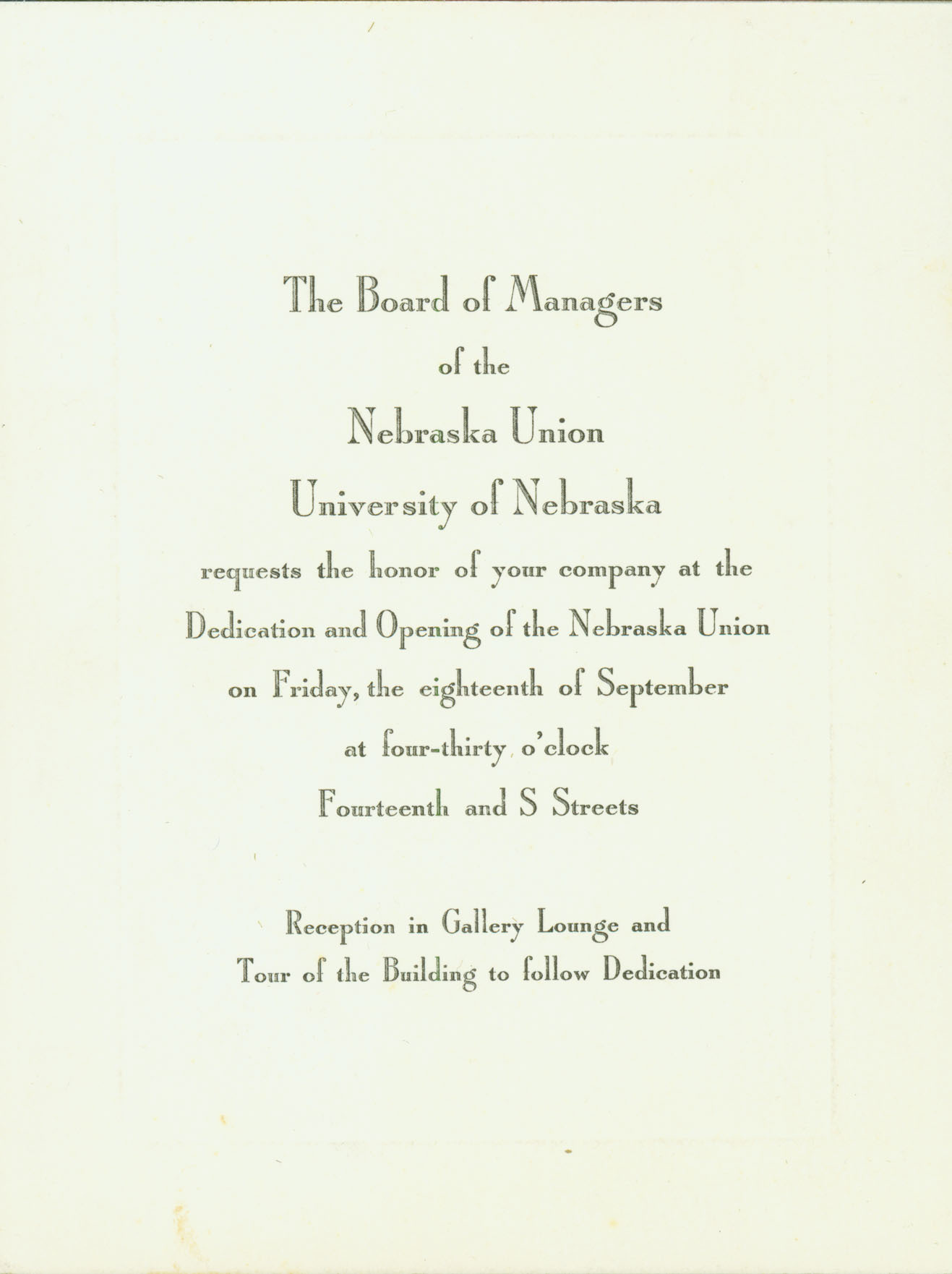 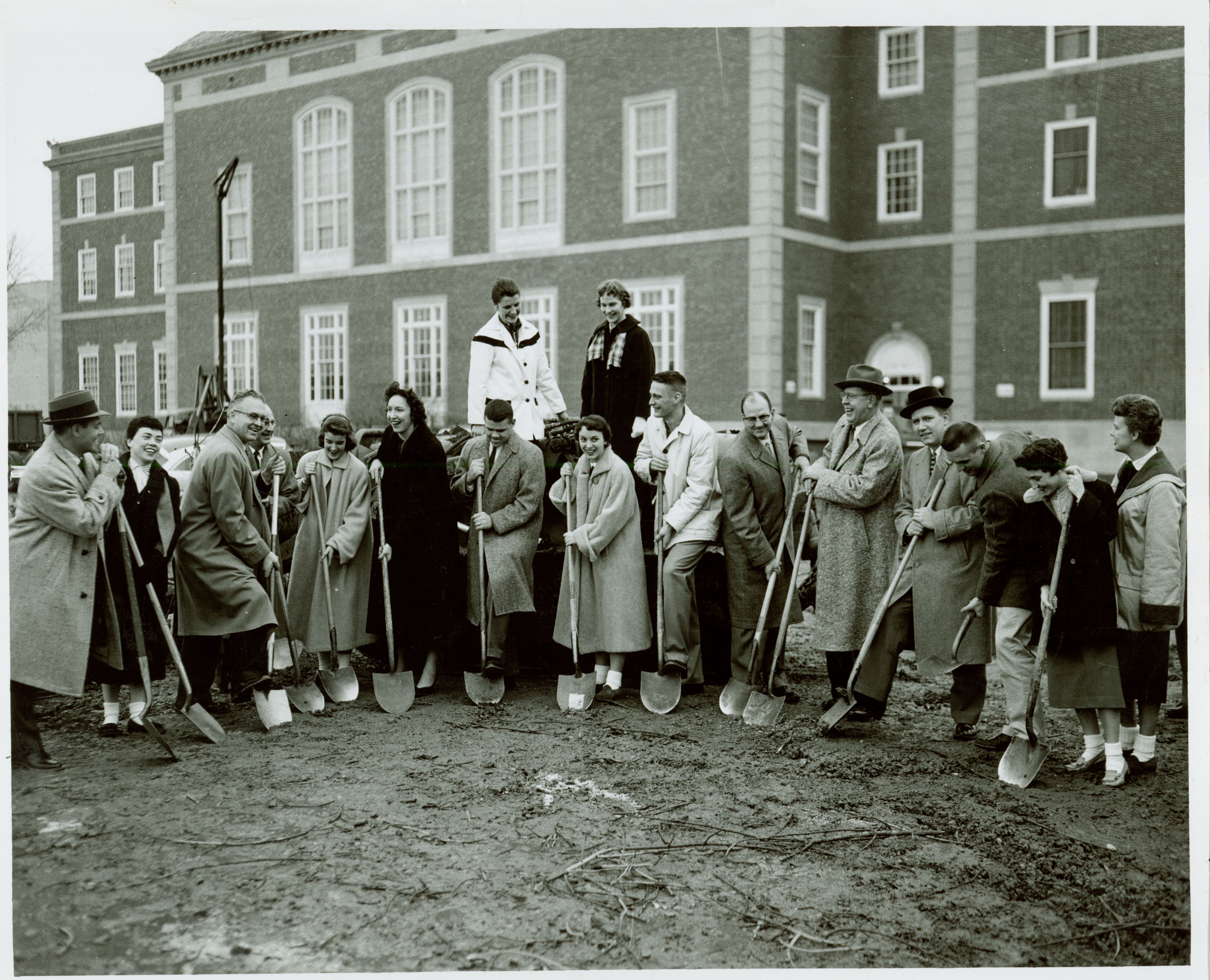 Despite the down times of the Depression, the late 1930s saw the establishment of the Nebraska Student Union. The student council president at the time, Jack Fischer, was largely responsible for creating the Union. He received support from the students by sending out a petition in 1935 that received over 2,300 signatures, and from congressmen, senators, and the Alumni Association. The Board of Regents would request PWA support to build the Union, but this money would only cover 45 percent of the $400,000 price tag. The students then agreed to contribute the other 55 percent through fees (Knoll). A few regents and even the chancellor, however, did not support the idea of a student union because they were uneasy about borrowing federal money. Despite the disapproval, the Union seemed to be a “sure thing” (Knoll). After running into a roadblock – the application to build the Union had not been made and the PWA money was about the run out – the students began collecting pledges to build the Union. All of the students’ efforts eventually paid off, and the Union was completed in May of 1938, three years after Jack Fischer’s initial push (Knoll) (Lipskey).