Throughout the 19th century, a movement among the American people and politicians began to take root. A system for educating the country's youth in agricultural sciences was an idea gaining popularity. The first federal introduction of this idea was in 1857, introduced by Representative Justin Smith Morrill. In 1859 Congress passed by the bill only to vetoed by President James Buchanan. Morrill again submitted the bill in 1861, which faced little opposition as southern states seceded. Finally on July 2, 1862, President Abraham Lincoln signed into law the Morrill Land-Grant Colleges Act.

True to any piece of congressional legislation, the Morrill Act was full of compromises. In order to get the vote of approval from eastern states, the amount of land given to the state was reflected by federal representatives. 30,000 acres per representative was to be awarded. By default this awarded a minimum of 90,000 acres to each state, two senators and one Representative.

The details of the act were very explicit. The federal government gave to the states a gift that was to be invested wisely. Land sales were to “remain forever undiminished”, as all proceeds were to be invested in government stocks so that annual interest could supplement school budgets. The size of the land grants was related to federal representatives. 30,000 acres per representative was allocated to each state. By default this awarded a minimum of 90,000 acres for two senators and one Representative.

The new law stated that currently organized states must declare their acceptance of the Morrill Act within two years. States organized after the bill’s passage were given a one year extension, for a total of three years. Nebraska, gaining statehood on March 1, 1867, accepted the terms of the bill on February 12, 1869. Less than two years after joining the Union, Nebraska declared its intent to create a land grant university. The federal government’s involvement with the land grant universities was limited after the state’s acceptance. Nebraska’s legislature would chart the course for the University of Nebraska. 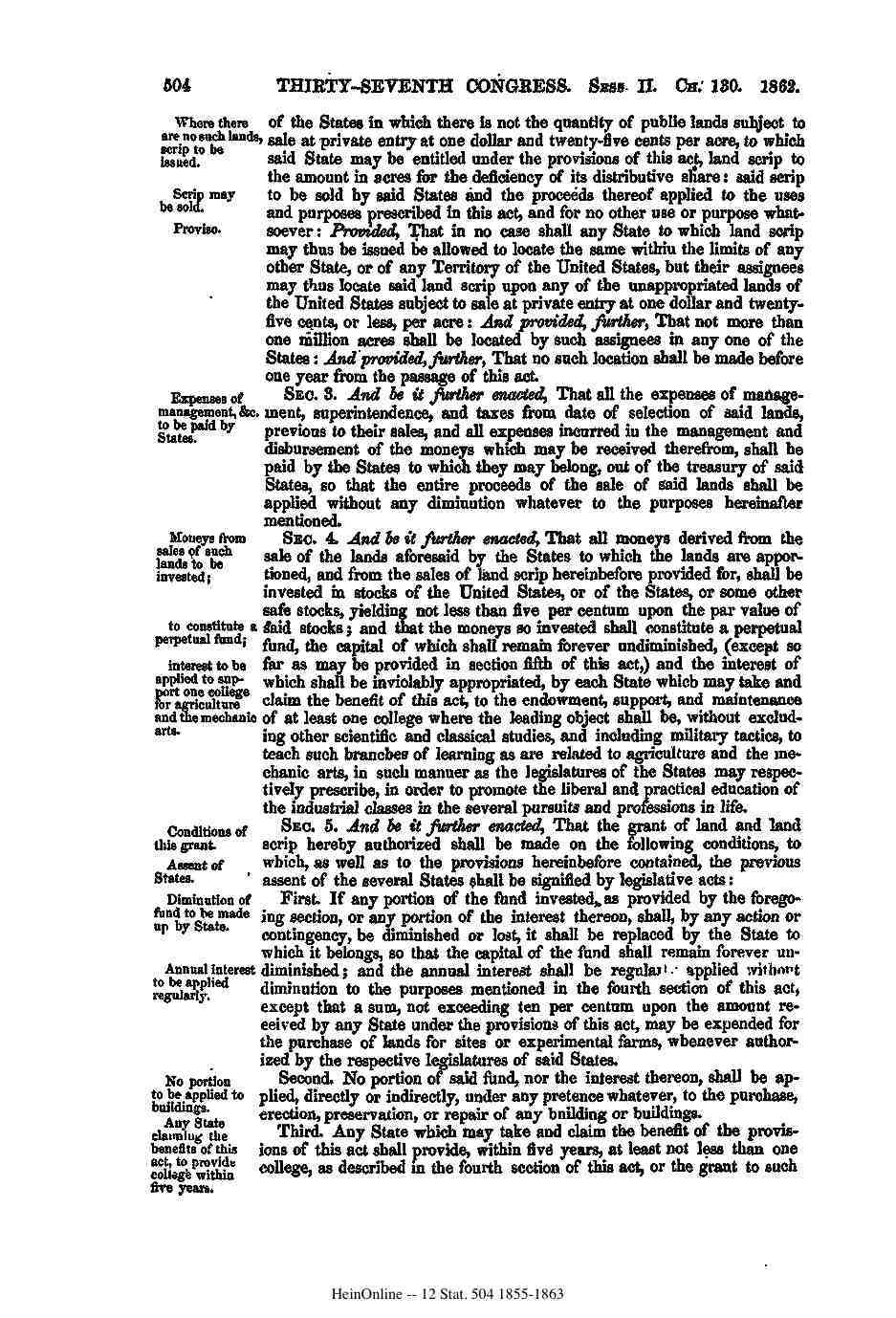 This is the the critical first step that allowed for the eventual creation of the University of Nebraska. The language in the bill is straightforward. States were granted 30,000 acres of federal land for each congressional representative. From this land,the land was to be sold so that an agricultural college could be formed.