Beginning of the Stadium

In 1919, the Nebraska state legislature passed a $750,000 building levy, half of which was to be used for a gymnasium (Knoll, p. 76). In March of the following year, the Board of Regents asked a group of architects to prepare plans for the building of a stadium, which would be funded with $250,000 of the original levy.  Due to unforeseen complications, the total amount of money was never given to the university, so the plans for the stadium were temporarily halted. 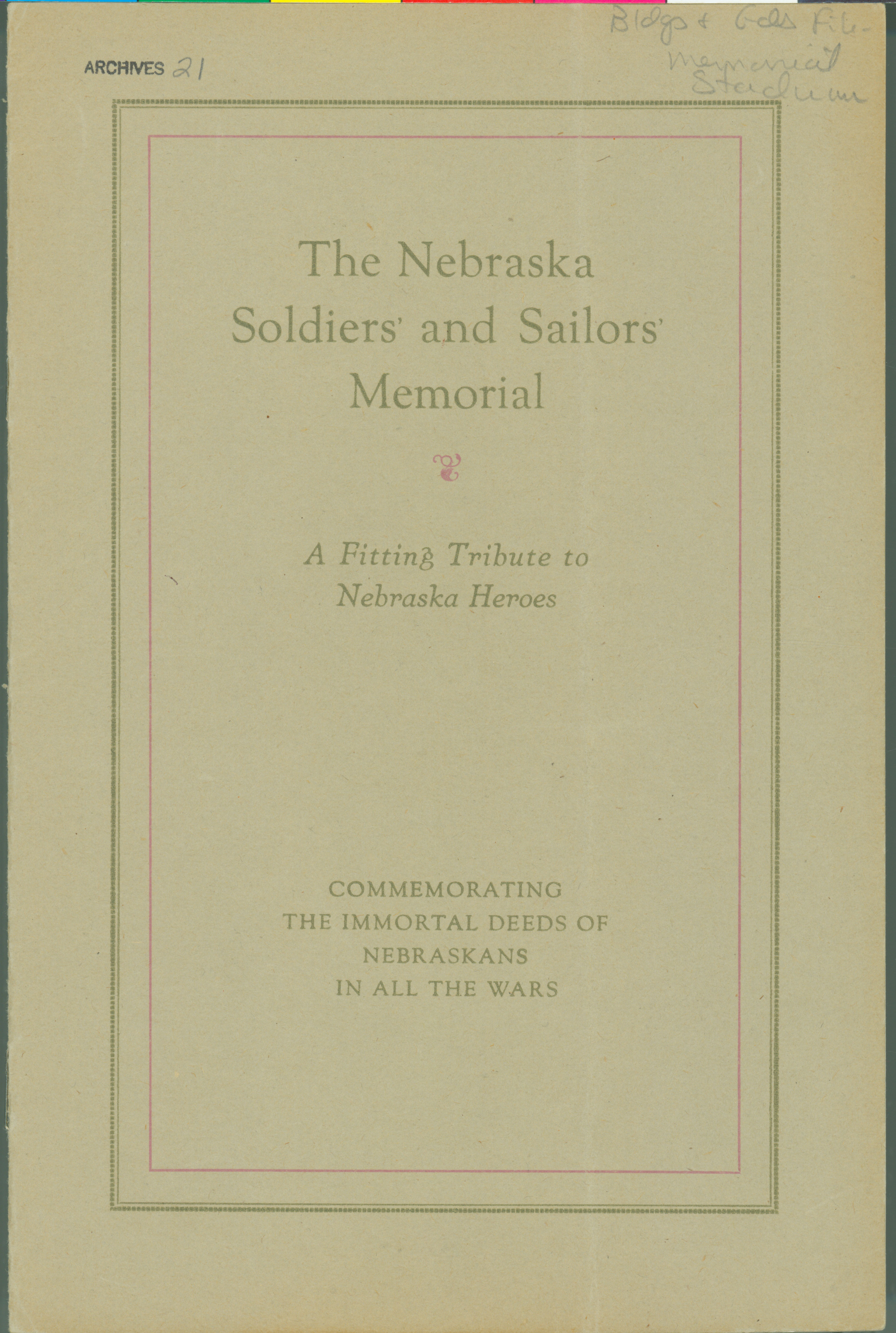 The Nebraska Memorial Association was given the task with coming up with a plan for building memorials to Nebraska's veterans of World War I.  The Association came up with a plan in 1922 for a collection of memorial projects to be built on the campus of the University of Nebraska-Lincoln (Pamphlet, Nebraska Memorial Association).  Included in the plans was the idea for a stadium to be built as a living memorial to the soldiers who fought and died in World War I.  There were also other memorials to be built, such as a hall and a museum, but the cost for the additional memorials was too much of an undertaking, so the plans were changed to only include the stadium.