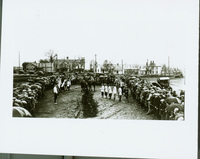 Ground was officially broken for Memorial Stadium on April 26th, 1923.  A team of horses pulling a plow was used to break ground, with Chancellor Samuel Avery directing the plow.  Regent John R. Webster, president of the Board of Regents, was the principal speaker for the ceremony.  His speech was on the life lessons that could be learned from the stadium and compares what other universities from around the country are doing to what the University of Nebraska is doing to emphasize that the stadium needs to be built in order for Nebraska to keep up with the rest of the nation.  Webster also talked about how even though scholarship was important, physical activities were just as important in making a well-rounded individual.  Webster concluded his speech with the importance of building the stadium in honor of Nebraska's soldiers and how the stadium and Nebraska's athletes are symbolic of the soldiers that Nebraska sent overseas to fight in Europe.  He challenged the students to strive to be all that they could be and to show the same fortitude that the soldiers who fought in Europe showed as they "went over the top"(Speech, John R. Webster).  All classes were dismissed for the day as the entire student body was expected to attend.  The "N" club and the Women's Athletic Association led the ceremonial activities and representatives from the  Alumni Association were present to help with the ceremony ("Formal Program Will Be Carried Out Today at Stadium Site", Daily Nebraskan). 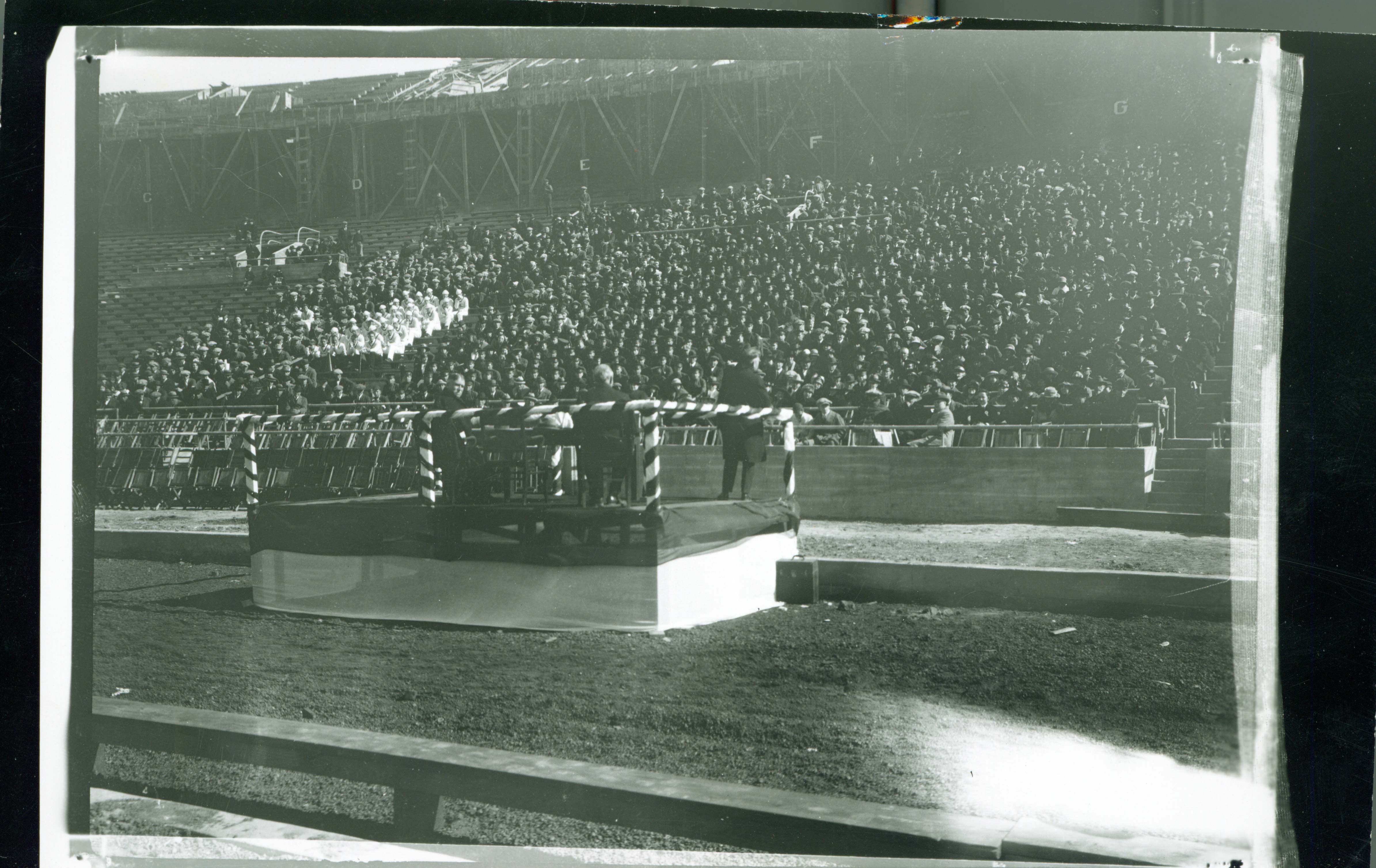 Memorial Stadium was dedicated on October 20, 1923, which was the day of Nebraska's Homecoming game against Kansas, with over five thousand in attendance.  Prior to the game, the stadium was dedicated in a ceremony that was highlighted with speeches from Chancellor Samuel Avery and Charles Russ Richards, president of Lehigh University and former Dean of Engineering at Nebraska.  Senator C. B. Carney, Chairman of the Board of Administration of Kansas University also gave a speech during the ceremony ("Stage Set for Dedication of Stadium Today", Daily Nebraskan). 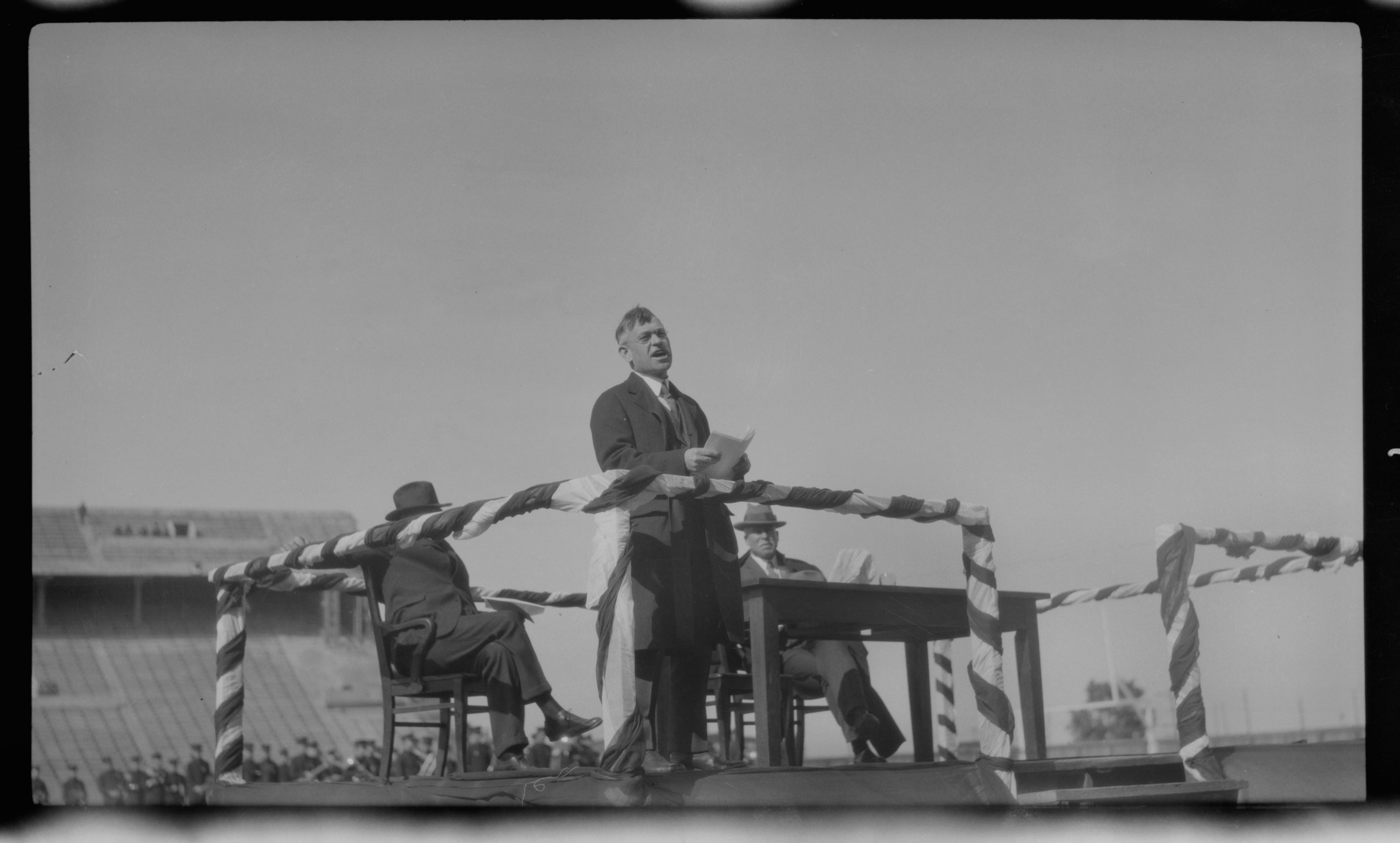 The speeches that were given included thanks and congratulations to all of the people who participated in the fundraising effort to get the stadium built.  Richards also spoke of the importance of athletics and the importance of commemorating the soldiers who went to Europe to fight for democracy ("Five Thousand See Cornhusker Bowl Dedicated", Daily Nebraskan).  After the ceremony was over, the game took place, in which Nebraska tied Kansas.