When the Anthropology department was first created it had many fewer classes than it does now. In its first year it only had thirteen courses to choose from. These courses were mostly focused on anthropology of the Great Plains area and the native people of North America. However there were a few classes that didn't teach about the native people here. The anthropological information that the University offered about the other parts of the world was all lumped into one course about Europe, Asia, and Africa. There were also the usual introductory courses about one of the two major disiplines in anthropology; intro to physical anthropology. The cultural part of anthropology was taken care of by the bulk of the courses offered. A course that came with the anthropology department that was taken out in later years was the course on Museum techniques in anthropology. The original out look of the department was quite focuses on the native people of America and their lives, but as the years went on and the department grew so did its list of courses. 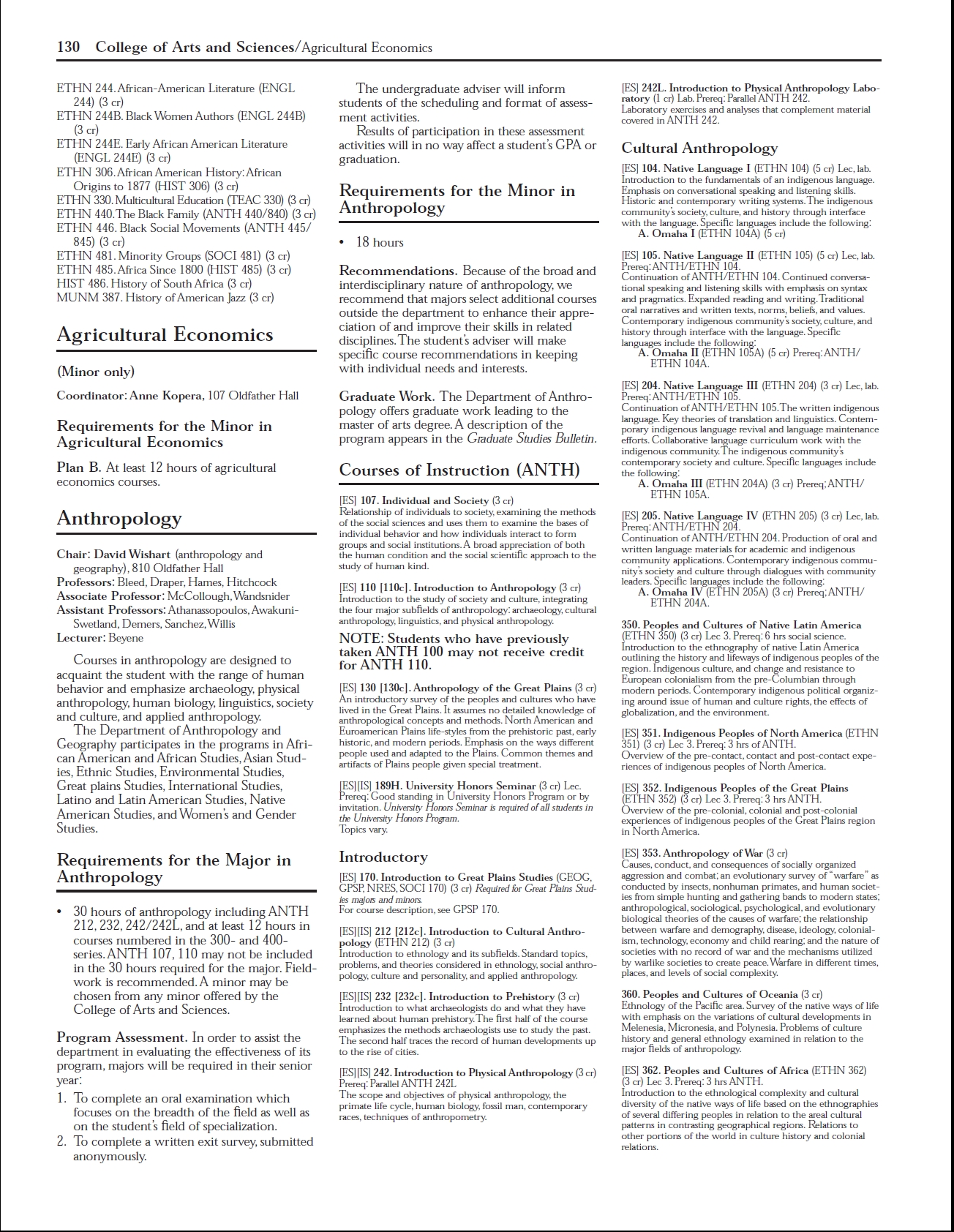 Today the course options at the University are quite different from the ones when the department was first founded. The department has gone from its modest beginnings with thirteen courses to over 70 in the 2006-2007 year. Not only has the number of courses increased by the variety has sky rocked. Where there was once a focus on Native American people there is now courses that looks at individual groups like the Omaha people. The old course of anthropology of Asia, Africa, and Europe has been replaced with two or three courses about each area alone. The current courses also reflect the increase and variation of anthropological thought in recent years. The changes in Anthropology have been shown in the course changes to include things like Medical Anthropology, Biological Anthropology, Anthropology of Women and Men, Anthropology of Art, and Archaeology. There is no doubt that as the department continues to grow as will the courses to reflect the change in the disipline.