Despite the best fundraising efforts of the community, band, and university, only half of the band will be traveling to West Point.

BAND OF FIFTY WILL MAKE TRIP TO WEST POINT
Subscriptions Send Total of Fund Rocketing to $4,500

Nebraska’s R. O. T. C. band will accompany the Cornhusker football team to West Point for the Army game, according to an announcement made late yesterday afternoon by Frederick Daly, president of the Innocents society. A total of $4,500 had been raised at that time, and more is expected to come in today. This amount is sufficient to send the band to West Point.
More than two weeks have been spent on the “Send the Band to West Point” campaign which came to a formal close yesterday. The first step was taken by the band in presenting its “Band Ball” after the Missouri game. The Innocents took over the final campaign which has been going on for the past two weeks.
Script money from organizations is still coming in, according to Daly. Approximately fifty pieces will be included in the band which will journey to West Point on the football special.
Corn Cobs Raise Money
Corn Cobs, local chapter of Phi Epsilon Pi, acting in their capacity of a Nebraska pep organization brought $1,100 into the band fund by selling novelty “N” feathers Saturday. $700 was raised by passing buckets in the stadium between
Continued on Page 2.

Continued from page 1
Halves of the Pittsburgh-Nebraska game.
General John J. Pershing donated twenty-five dollars to the band fund, as a former Nebraska man. In addition to these recent additions to the amount, money has been raised through radio programs, personal contributions, fraternity, sorority and organization contributions and the “Band Ball.”
Band Will March
The band will march at the head of a send-off procession Wednesday afternoon. This parade will go through the downtown streets and end at the Burlington depot. A rally will be held at the station, in which more than two thousand University of Nebraska students are expected to participate. The band will get on the football special, instead of returning to the campus, and go on to West Point to help the Cornhusker eleven whip the Army.
Student opinion is favorable toward the band’s trip. Alumni and friends of the Nebraska institution have responded generously to the call for funds according to those in charge of the campaign. 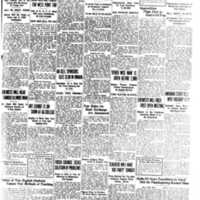 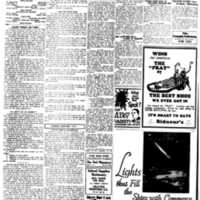