Reformation of a Secular University: A Look at the Transition Away From Religion Surrounding Classrooms at the University of Nebraska- Lincoln from 1882-1884 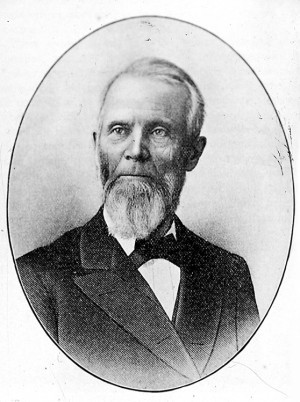 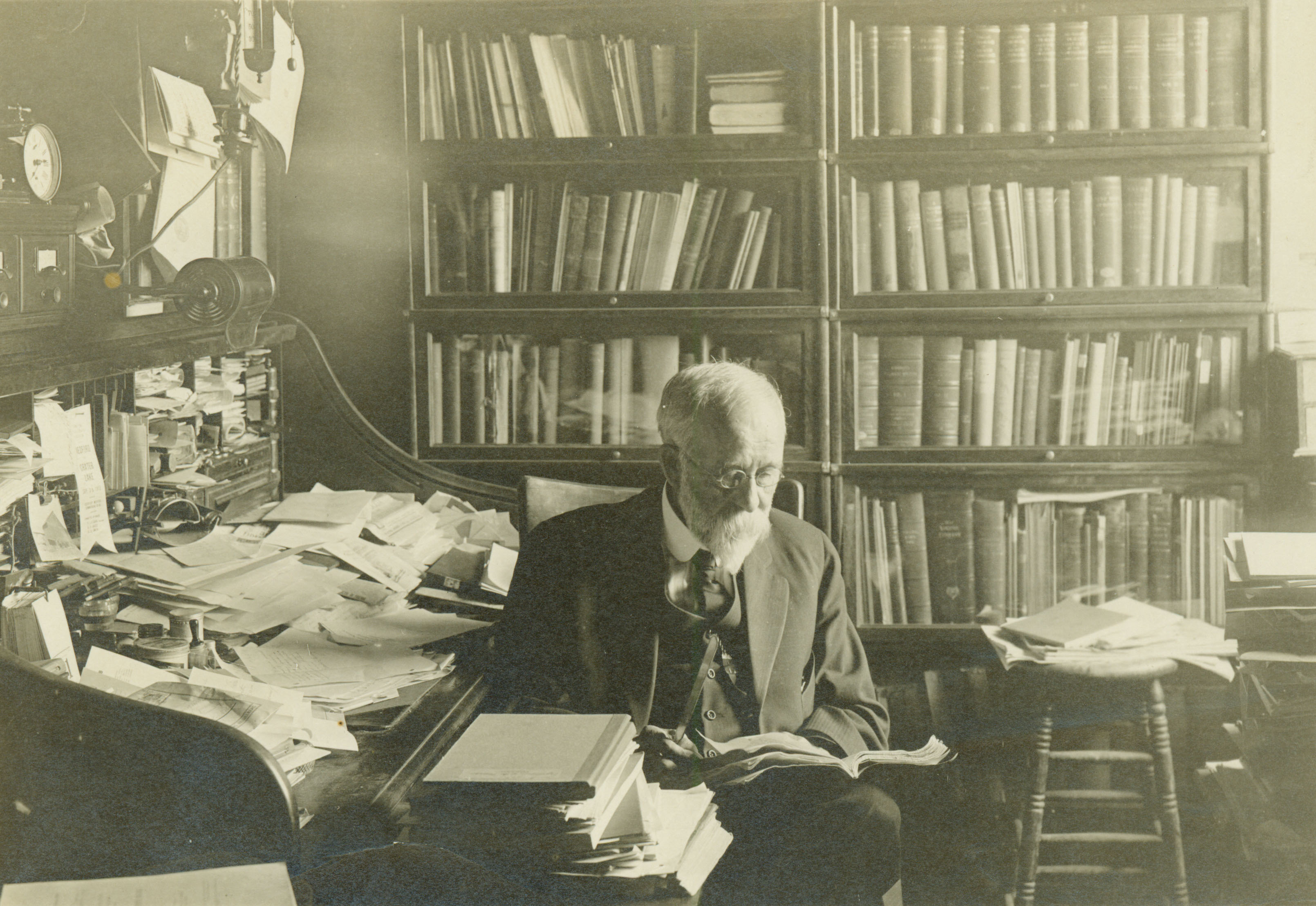 The University of Nebraska- Lincoln has developed a long way since its founding in 1869, especially regarding the relationship it has shared with religion. Through years of research and practice, UNL has solidified its presence as a public school with a secular foundation, drawing the line between church and state. Being a state university in the United States of America, that separation is and always has been to be adhered to. However, given the largely Christian makeup of the population, this line may have appeared a bit blurred a select few throughout history, more specifically: those in a position of power. In fact at its birth, the university held a fairly close bond with Christianity and the one of its own chancellors deeply wanted to keep it that way. It would take a series of events beginning in 1882, including a scandal involving this chancellor, to trigger an ideological shift in UNL’s relationship with religion towards the secular academic institution as it resides.

As a land grant university in the heartland of the United States, plans for Lincoln were initially much different than what it has become over the years. Most Nebraskans at the time were farmers and did not have nor see the need for education beyond a basic level. In order to even get students to attend, the university had to incorporate the needs and lifestyles of the average resident. This meant the vision of being a primarily agricultural and mechanical engineering school. It also meant that the Christian views of the masses were to be  implemented on the students, which most people of the day did not see a problem with. As described in the short film, Frontier University Dreams, the common sentiment among many universities like Nebraska was that, “Most educators of the day felt that the purpose of higher education was to prepare gentlemen, and only men, for a life of Christian service.”[1] This implementation would even go as far as requiring students to attend mass every week.

It would not be until 1882 when a major shift would take place at the core of the University of Nebraska-Lincoln. UNL had more students than ever before and popularity was increasing among the arts and sciences. Instructors were now urging students to think critically and objectively. At this point, religious ideologies and indifferences were urged to be put aside in an effort to carry out tasks like the scientific method. Simply saying “god did it” just does not cut it when it comes to finding, testing, and proving theories and laws.

One person that was ill prepared for this revolution within the schooling system happened to be the University’s chancellor himself, Edmund Burke Fairfield.[2] After graduating with a B.A. from Oberlin College and obtaining a Doctorate of Divinity (which is an honorary degree) from Indiana University in 1863, Edmund Burke Fairfield was appointed to be the Chancellor of UNL in 1876.[3] He was a deeply spiritual man with an extremely conservative mindset. In his inauguration address as chancellor, Fairfield exclaimed that, “This, then, must be the prime characteristic of the true American university, no less than the freest of all European, that it be for the study of all science; for the most liberal learning, and the most generous culture possible.”[4] Aforementioned is a statement that Chancellor Fairfield would act on the complete opposite of down the road of his career. The ensuing hypocrisy of his words lead to a scandal that the University of Nebraska-Lincoln had never seen before, still in its infancy.

Almost a decade later, the progressive revolution within the sciences that Fairfield had previously claimed support of had reached full steam. Science was now something that was subject to an ever changing cycle of research, experimentation, getting answers, and continuing to question those answers, over and over again. This was vastly different from the academic mindset of years past, where knowledge was considered to be “fixed and unchanging,” while science by its fundamental nature is “dynamic and evolving.”[5] It was at this point where Chancellor Fairfield decided that he did not approve of the direction that the University was heading, as he most likely underestimated the ability of the sciences to evolve to the point where they contradicted his own ideals.

This powderkeg of Fairfield’s ambitions for a University that was changing before his very eyes exploded in January of 1882, when he fired three educators that were at the forefront of implementing the progressive trends that had been taking higher education by storm. Professors George Church, George Woodberry, and Harrington Emerson were all terminated by the chancellor with little to no explanation.[6] It came as a surprise to many. Faculty members and students felt betrayed. Their respected colleagues and devoted mentors had been wrongfully put out of work, simply due to carrying out their jobs as educators.

Many recognized this as a deed of religious spite and essentially, that was exactly what it was. Fairfield’s move was an act of discrimination, fueled by an anti secular prejudice. The newspapers of the time jumped on the story. As the public was soon made aware of this narrative, outrage would quickly emanate. Student writers and journalists among the Nebraska public alike made efforts to bring attention to what was shaping to be a discussion that would not dissipate in the near future. In a compilation of newspaper opinions from across the state on Fairfield’s actions, put together in the Nebraska Advertiser, an anonymous journalist from the Plattsmouth Herald made his opinion considerably clear on the matter, stating that,

Chancellor Fairfield has schemed with great assiduity for the [past] years. He is the head of the state of the university, which position he has prostituted to carry out his own ends personal. He has schemed in politics, schemed in religion[,] and schemed in journalism to build himself up and destroy others. He has made a prescribed non-sectarian school a creed; he has brought on sectarian warfare; and he has connived with regents to destroy and expel certain professors, and he has succeeded, be it to the disgrace of the State University.[7]

So much backlash among the general public meant that the Board of Regents now had a significant decision to make. Would they show support of Chancellor Fairfield and permit his decision restrict the scientific ideals that the young professors were teaching, or would they give in to the will of the masses and punish him for his actions. Not only was Fairfield’s career at UNL in jeopardy, but the entire trajectory of the University’s relationship that it wished to share with religion in the classroom was to be made clear as well. In June of 1882, at a genuinely defining moment in the history of the University of Nebraska-Lincoln, the Board of Regents voted to remove Edmund Burke Fairfield as chancellor of the university.[8]

The three young professors George Church, George Woodberry, and Harrington Emerson would never return to their jobs as faculty members of UNL. However, the ideals that they helped pioneer would remain as the curriculum to stay, only to be developed even more as the years went on. The symbolic discharge of Edmund Fairfield as chancellor had established the university’s relationship regarding religion in the classroom. It meant that from then on, UNL would provide an education to students, free of religious subjectivity or direct influence.

With Fairfield out of the picture, there was no immediate appointment of a new chancellor. In fact, there would be no official chancellor of UNL for the next to years. In the meantime, the acting president of the Board of Regents, Charles Gere, was on a mission to find someone who could put the university on the map within the scientific community. Geer was a man who needed no introduction. He, on his own, was a major contributor to a multitude of prominent achievements in early Nebraska. He founded the first Lincoln newspaper that would later become the Lincoln Journal Star [9] and was even responsible for acquiring the funding to construct UNL’s first building: University Hall.[10] Gere knew that he had find someone who was  as much of a pioneer within the world of science, just as he was to the university. Someone who had an established reputation in research and was capable of manning an overhaul in the academic system of the day.

Two years would pass before Gere had found the man he was looking for in Charles Bessey.[11] As a seasoned professor of botany from the Iowa Agricultural College (present day Iowa State University), Charles Bessey was the perfect candidate to trailblaze academia in Lincoln. He would be appointed as a professor of botany and horticulture at UNL in 1884,[12] ushering in an era of exponential scientific progress in the university’s history.

During his time at Nebraska, Charles Bessey was able to accomplish a plethora of feats. He wrote congressional legislation that allowed for land-grant universities to take new knowledge and research to the public by means of agricultural experiment stations. He established one of the leading botany programs in the country, developed modern plant classification, was president of the American Association for the Advancement of Science, and instructed many students who would go on to be leaders and pioneers in their own fields including plant ecology, entomology, law, medicine, parasitology, and so on.[13] Bessey’s accomplishments would even lead to him being appointed as UNL’s chancellor in 1888.[14]

The reputation that Charles Bessey built at UNL speaks for itself. Yet throughout his career, Bessey was never shy to reiterate the motto he had conjured up during his time in Iowa, “Science with Practice.”[15] Being one of the most lasting impacts that Bessey would leave on the university, this saying’s roots are deep. It implies that science is not something that can simply be perfected on the first try. It takes a joint culmination of hypothecation, experimentation, observation, analysis, and doing the whole process over again if results are not satisfactory, without resorting to the explanation of divine interaction. The concept of practical research seems almost elementary to any modern day scholar, but pre 1880’s UNL had not seen it officially applicated. Bessey helped incorporate this method into all classrooms and not just within the agricultural college. His work produced many well versed students and encouraged instructors to excel in their own respected fields with a secular mindset.

By the end of Charles Bessey’s impactful career at UNL, a period of uncertainty for the University was over with. Chancellor Fairfield’s attempts at restricting the ceiling of the school had failed and he was ousted as a result. Unfortunately, it is often not until after these types of abuses of power have already occured that exploits are able to be patched. Nonetheless, if these happenings had never taken place and the Board of Regents never parted ways with Chancellor Fairfield, then who knows what he would have been able to prevent in terms of progression of the institution. But when it was all said and done, religious prejudices were no longer capable of grounding the potential of science and the state university. Efforts made by anyone who intended to use their position of power to invoke those prejudices would surely be met with the same caliber of public backlash that was on full display in 1882. If not for the ordeal involving the chancellor, which would transpire into the acquisition of Charles Bessey and the scientific revolution that he pioneered, then the relationship that the University of Nebraska-Lincoln shares with religion could possibly look a lot different.

Reformation of a Secular University: A Look at the Transition Away From Religion Surrounding Classrooms at the University of Nebraska- Lincoln from 1882-1884