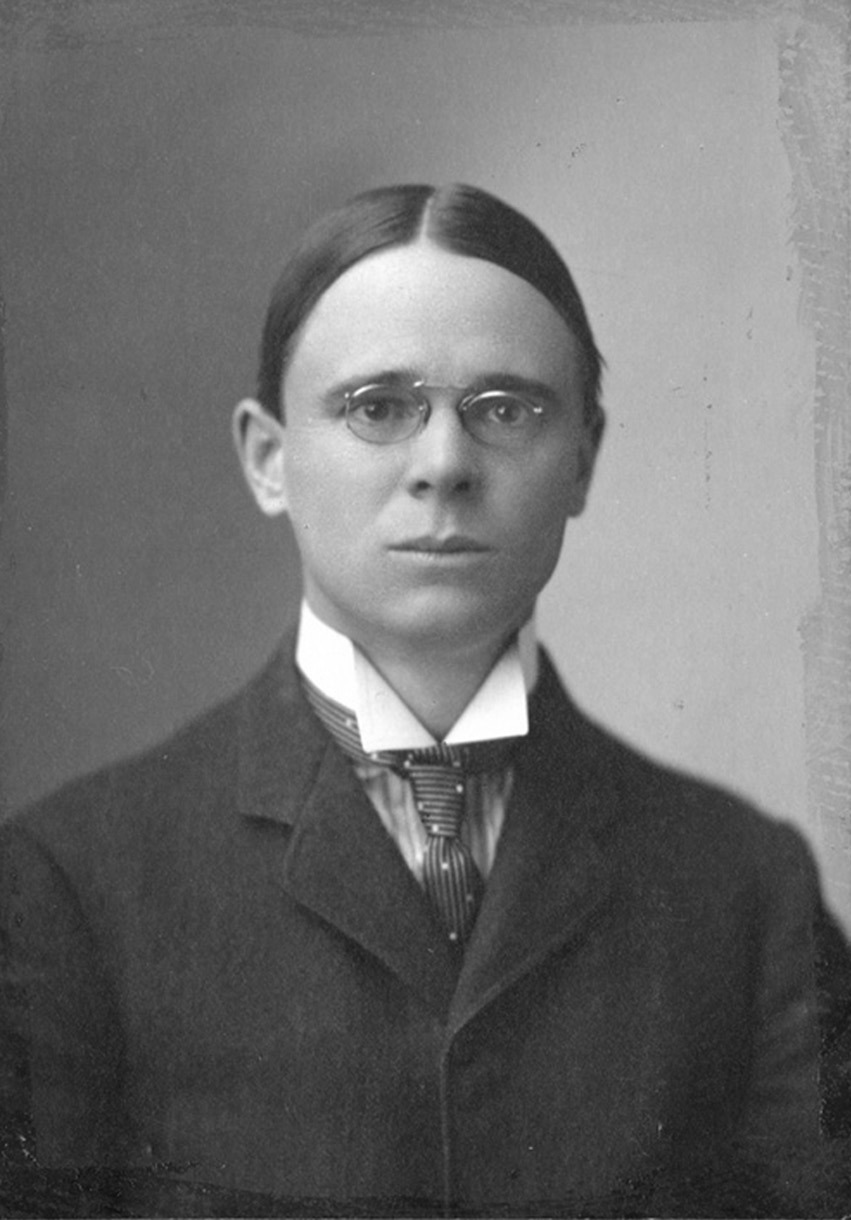 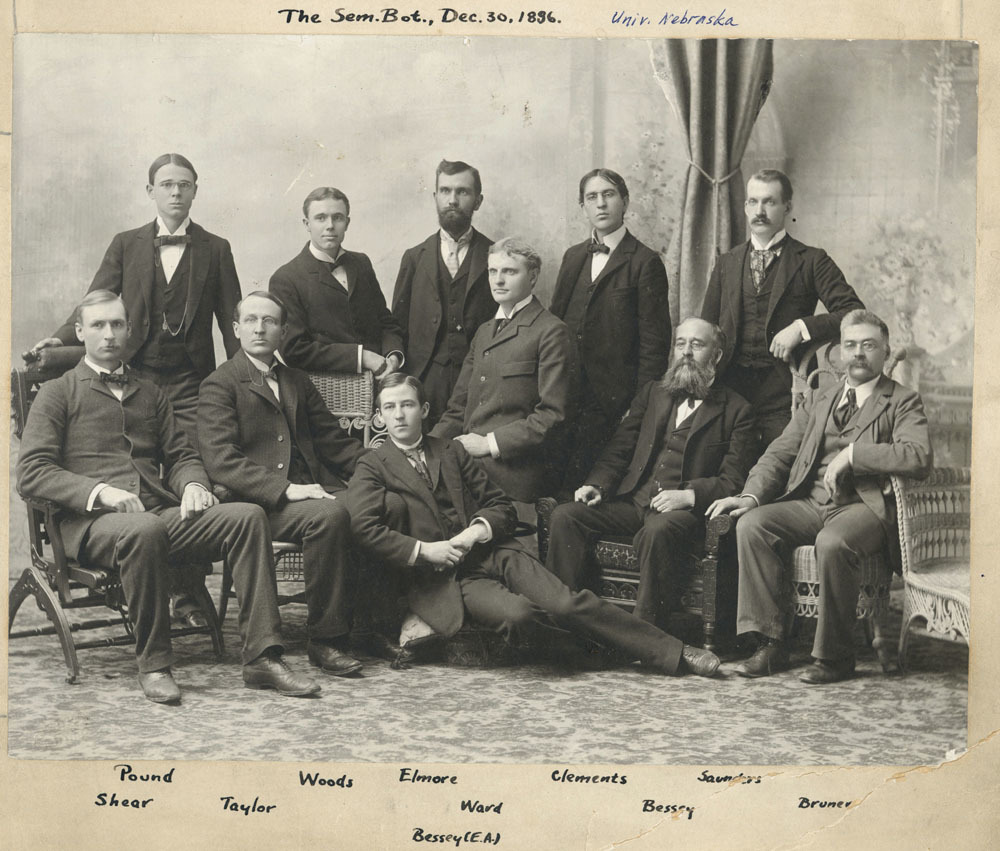 During the early years of the 20th century, the University of Nebraska served as a bastion for ambitious scholars and faculty alike. Of the many wide-eyed, bright students to pass through Lincoln’s gates during this period, perhaps none attained the intellectual notoriety of Roscoe Pound. Following his time as a student at the University of Nebraska, and having attained Nebraska’s first Ph.D. in Botany, Pound went on to enjoy a famed career as dean of the Harvard Law School. Although Roscoe Pound’s illustrious intellectual reputation was largely founded in his philosophical contributions to jurisprudence and tenure at Harvard Law School, it was his time as a botany student during a golden era of the University of Nebraska laid the foundation of his intellectual legacy and curious fascination with natural order.

In the years preceding Pound’s enrollment at the University of Nebraska, a transformation was underway which would remake the dusty midwestern institution into a hot spot for intellectual adventurism and scholars seeking to play a foundational role in the development of chartered university. The basis of this transformation rested in audacious academics who, forsaking elitist northeastern academia, sought to explore new intellectual frontiers free from the restrictive traditions and expectations of more established universities. [1] Among the earliest of these men was Charles E. Bessey - a Harvard educated botanist and eventual mentor to Pound. Bessey’s interest in exploring the boundaries of human botanical knowledge eventually drove him west of Cambridge’s worn roads and into the unexplored regions of the American West. [2] Bessey found an uncommon partner in the University’s present chancellor, J. Irving Manatt, and together they attracted a verity of accomplished professors to the University. [3] Bessey and Manatt advertised the University as a destination for those looking to push beyond the explored boundaries of academia. Lincoln, they argued, offered fresh opportunities for scholars to test pioneering theories, explore under-documented biodiversity and engage with a population of highly motivated and persistent students. [4] Dorothy Canfield’s comments on the atmosphere in Lincoln at the time reveal a hidden magic pervasive in the dusty university town:

“Above all it was new. It was crude because it was new. And because it was new, both town and university had the iridescent glamor of life beginning, for which almost anything is possible because little has been tried. The very air over the campus was glittering bright with what might be.” [5]

Bessey, having neither the talent nor ambition to administrate, cheerfully handed over the reigns of Chancellor in 1891 to James H. Canfield. Chancellor Canfield was yet another remarkable addition to the University of Nebraska faculty. [6] Canfield’s premier contribution to the University was his permissive approach to authority, willingness to open the gates of higher education to every citizen from “Arapahoe to Omaha”, and sheer administrative skill. [7] Unrestricted by rigid academic traditions, Canfield welcomed scholars from varying ideological backgrounds and sought to transform the University into a haven for pioneering scientific and theoretical exploration. [8] Some of the University’s most prominent faculty members of the era were: A. J. Edgren, an accomplished philologist and future administrator of the Nobel Prizes; Fred Morrow Fling, historian of the French Revolution; A. Ross Hill, a well regarded philosopher and the prolific author and zoologist, John S. Kingsley. [9] Under Canfields leadership, Bessey and Nebraska’s other faculty members played a fundamental role in fostering the experimental atmosphere that would become critical in the development of Roscoe Pound.

When Roscoe Pound arrived at the University of Nebraska in the fall of 1884, the University was in a mode of steady progress. Many of the developments aforementioned were still in their infancy and Pound would come to benefit them primarily during his graduate and doctoral studies.  The first three years of Pound’s academic career, between the ages of 14 and 17, were largely exploratory as he surveyed courses in classics, politics and international relations. [10] However, as Pound began to explore advanced coursework in botany and the University’s national clout continued to swell, the influence of Nebraska’s brilliant cadre of scholars began to shape the young Pound. Bessey and Pound, along with a cohort of graduate and undergraduate students, established The Botanical Seminar, commonly known as Sem Bot. [11] Although Bessey served as the principal advisor for the group, Pound played an outsized role in expanding membership, directing research and establishing prestige during the seminars early years. [12]

Pound’s influence within the botanical community was uncharacteristic for his age, but the unrestrictive ethos of Nebraska gave significant room for ambitious students to thrive. [13] In many ways, Pound’s numerous academic and intellectual achievements during his graduate studies were a vindication of Bessey and Canfield’s philosophies. His independent contribution to the classification of several species of plants, as well as his authorship of nine scientific articles, demonstrated how high a 19-year-old student could achieve under the proper conditions. [14] Pound was undoubtedly assisted by his extraordinary intellect, yet the driver of his scholarly success remained his collegial relationship with Bessey. Together they blurred the traditional lines separating teacher from student and engaged in scientific exploration as mutually interested colleagues.

Having achieved early commendations in the field of botany, Pound soon shifted disciplines and by 1903 he was the dean of the University of Nebraska College of Law. [15] This transition was less of a rejection of his interests in botany and more emblematic of Pound’s unwavering curiosity. Pound was acutely interested in the application of scientific theory to legal studies and, armed with the theoretical skills and knowledge acquired in graduate studies, interjected a new perspective into the study of law. Pound ascribed to the school of legal realists [16] who challenged the dominance of mechanical legal formalism. [17] Additionally, Pound applied many of the techniques he learned while studying at Nebraska to his legal research. In true scientific fashion, Pound created excruciating complex stratums and classifications for legal decisions and believed jurisprudence ought to emulate the methods of natural science. [18]