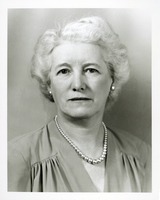 Mabel Lee spent her early life in Iowa. She graduated magna cum laude from Coe College. She spent the bulk of her professional career at the University of Nebraska – Lincoln (Vosper). Mabel Lee served as director of physical education for women at UNL from 1924-1952. She was the first woman president of the American Association of Health, Physical Education and Recreation, and the American Academy of Physical Education. She was one of the founders of the National Association of Physical Education for College Women (Carothers). Mabel Lee came to the University of Nebraska in 1924 (Knoll, page 77) serving as director of physical education for women, as well as a professor. She was brought in because students wanted someone with professional experience to be in charge of the athletic department. The University of Nebraska gave her an excellent salary and let her do just about anything she wanted (Knoll, page 78). During Mabel Lee’s employment, she broadened the offerings of the PE department and served on a number of committees. In 1948 she received national recognition as recipient of the Luther Halsey Gulick award, highest service honor bestowed by the American Association for Health, PE and Recreation (Mabel1953). In her 28 years at UNL, she became an internationally-known fitness expert and physical education pioneer, while expanding sports teams and strengthening the academic programs she was involved in, leading her department to gain national attention (Lincoln). When Mabel Lee took over the UNL physical education department for women, only 3% of the women on campus participated in intramural sports. By the time she retired, 80% of the women were involved in intramurals (Parker). A letter written by Mabel Lee to Florence McGahey, registrar in the Administration Building, shows how seriously she took her professional position. In the letter, Lee inquires as to why the statement after her name in the University catalog says "In charge of Womens Gymnasium" as if she is a glorified caretaker. She wanted the statement changed to "Chairmen of the Department of Physical Education for Women" (Lee). Mabel Lee was not a clubwoman. She also did not spend her entire life in Nebraska (NRTA). She wanted athletics to be used for the benefit of the health of all college women. The 1924 Cornhusker yearbook shows the contrasting ideas about women’s athletics that existed during Mabel Lee’s time. One view presented in the yearbook goes along with Mabel Lee's opinion, stating that the UNL Women’s Athletic Association wanted all girls in school to be on some type of team and “encouraged a healthier interest in women’s athletics” (Cornhusker1924). A page from the 1925 Cornhusker yearbook says that Mabel Lee convinced the Athletic Conference of American College Women to oppose all varsity competition for women (Cornhusker1925). She saw sports simply as a way of becoming healthy (Knoll, page 98).

A Nebraska Alumnus articles states that even at the time or retirment, Lee was well-respected around campus. As soon as she retired, a scholarship was formed in her honor. They said in the article that she would long be remembered for her “untiring interest in her students and her devoted service to the University”. Lee was known nationally for her work at UNL (Way). She wrote several books and was honored with the highest awards in her field, including the Luther Hasley Gulick Award (1948) and the R. Tait McKenzie Award (1968) of the American Association for Health, Physical Education and Recreation, and the Hetherington Award (1957) of the American Academy of Physical Education. Ruth Kier Rensch, an alumna invited to the 1971 Homecoming Coffee said, “I often think of the happy years I spent at the University of Nebraska and the fun we had. Even then we though of our school as #1. And we were so proud of Mabel Lee (Mabel1971).

In 1975 an annual award bearing Lee’s name was established by the American Association for Heatlh, Physical Education, and Recreation (Vosper). A University of Nebraska News article talks about how few people in her field showed the leadership that she did (University). Mabel Lee’s letter of retirment states how much she enjoyed being a part of the Univeristy of Nebraska. She attached with the letter a photographic professional history to show how far the women’s physical education department had come since she started there. After serving as Director of Physical Education for Women for 28 years, Lee left the department proud of its reputation and her accomplishments (Greetings). Mabel Lee died in Iowa at the age of 99 (University). 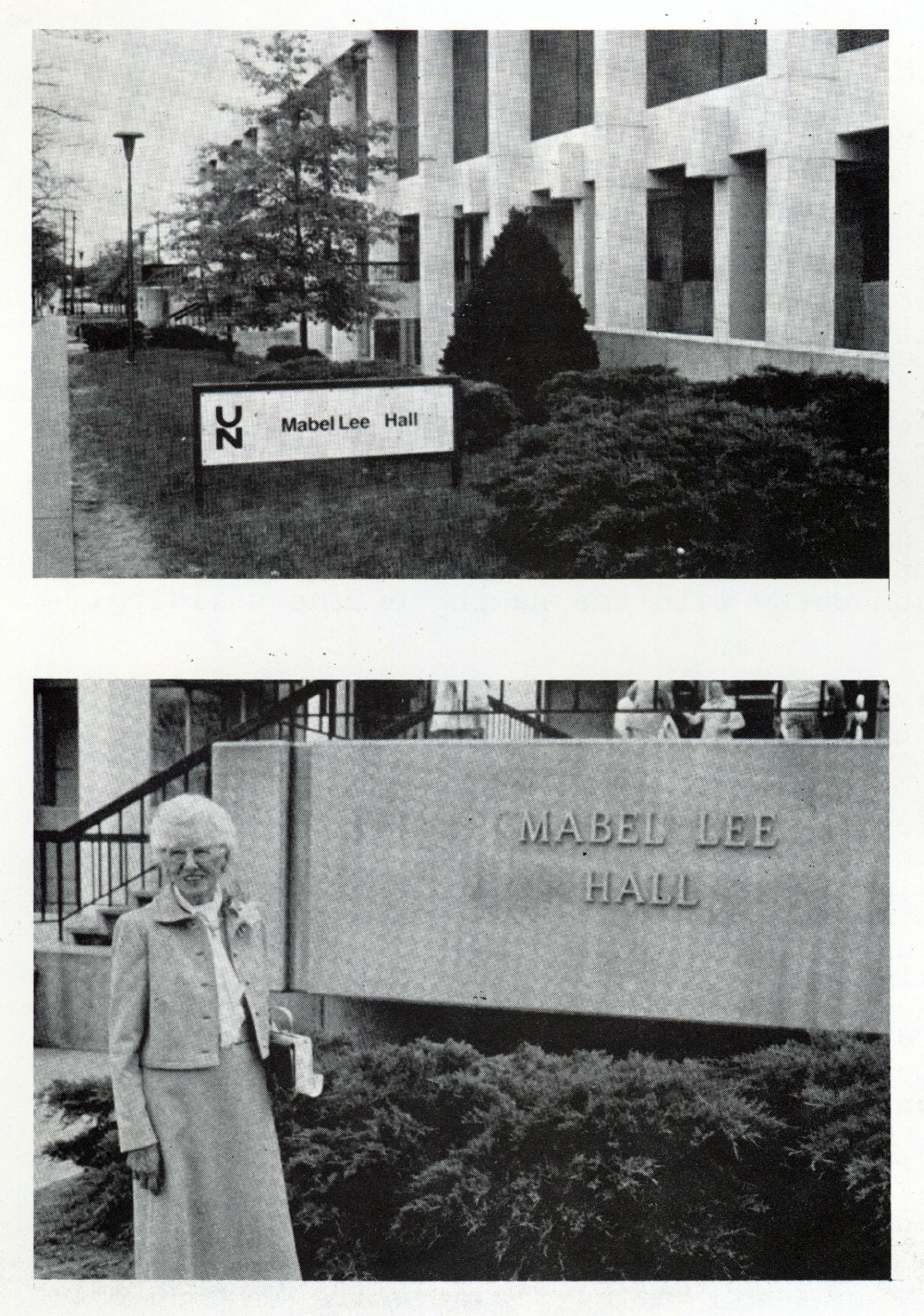 As described in a 1977 Daily Nebraskan article, the Women's Physical Education Building was renamed Mabel Lee Hall. At the time of rededication, Lee was 90 years old and lived in Lincoln. Lee's position at UNL had been created to give women their own physical education program during the women's lib movement, but the department renamed the building because the mens' and womens' physical education had merged and the classes there were coeducational (Carothers).

The building's rededication ceremony was highly commemorated. A program saved from the ceremony (Dedication), which Lee was given the honor of planning, shows what happened at the ceremony. Lee was completely unaware of the movement to rename the building after her until it had been renamed (Naming). Lee stated at the ceremony, “I came here 52 years ago to get the women divorced from men’s athletics and now my name is being put on the building to get them remarried (Carothers).