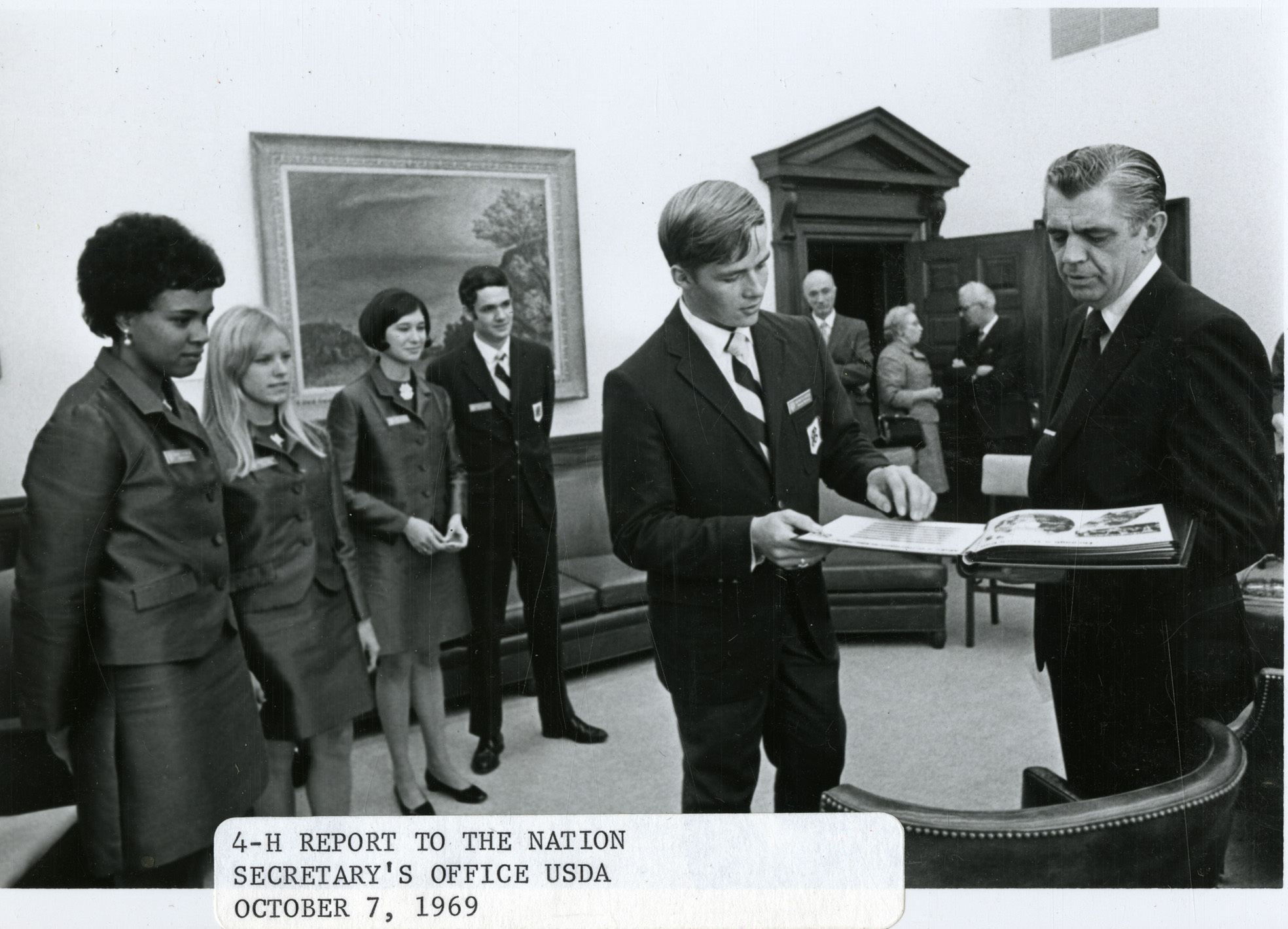 Clifford Hardin looking at 4-H Report to the Nation Secretary's Office at the United States Department of Agriculture. 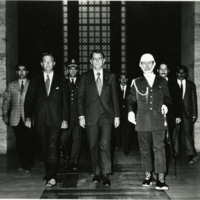 Secretary of Agriculture Clifford Hardin's also planned to protect America’s farmers with the 1970s Farm Bill. The bill  protected and improved farm income, provided more flexibility for farmers in making their own farmer operating decisions, developed greater reliance on the marketplace so that they can become less dependent of government programs, and balanced the supply of agriculture products with the demands of the marketplace consumer (U. S. Agriculture, Statement by Secretary Hardin on Farm Bill Conference Report). President Richard Nixon approved the bill, but upon Hardin’s leave in 1971, the bill did not address two of the major problems faced by farmers. The bill could not deal with the cost-squeeze brought on by inflation nor was it able to handle the problems that result from paralyzing transportation strikes with tie up the movement of commodities and result in losses through spoilage and losses of markets that are never regained (Hardin Submits Resignation From Cabinet to Accept Corporate Position).