This is the vita that was submitted to the University at the beginning of Grajeda's employment as an instructor in UNL's English department (click on thumbnail to enlarge image).

1971 Member—Regents’ Commission, Task Force No. 7. University of Nebraska at Omaha

Responsible for evaluating the University of Nebraska at Omaha’s response to special needs of minority and disadvantaged students; and for making recommendations that would assist the University in attracting these students and better serving their educational needs.

Committee responsible for planning and establishing the present Ethnic Studies Institute at the University of Nebraska, Lincoln.

1971-72 Board of Directors, Special Services Program for Minority and Low-income Students. 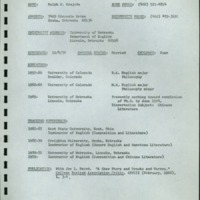 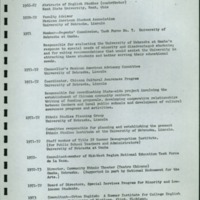 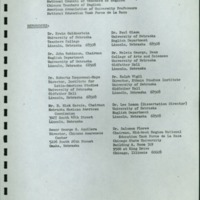