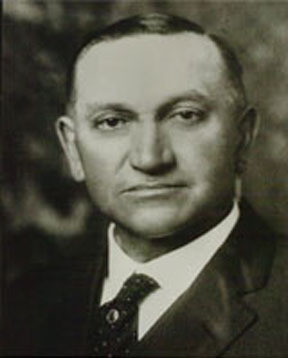 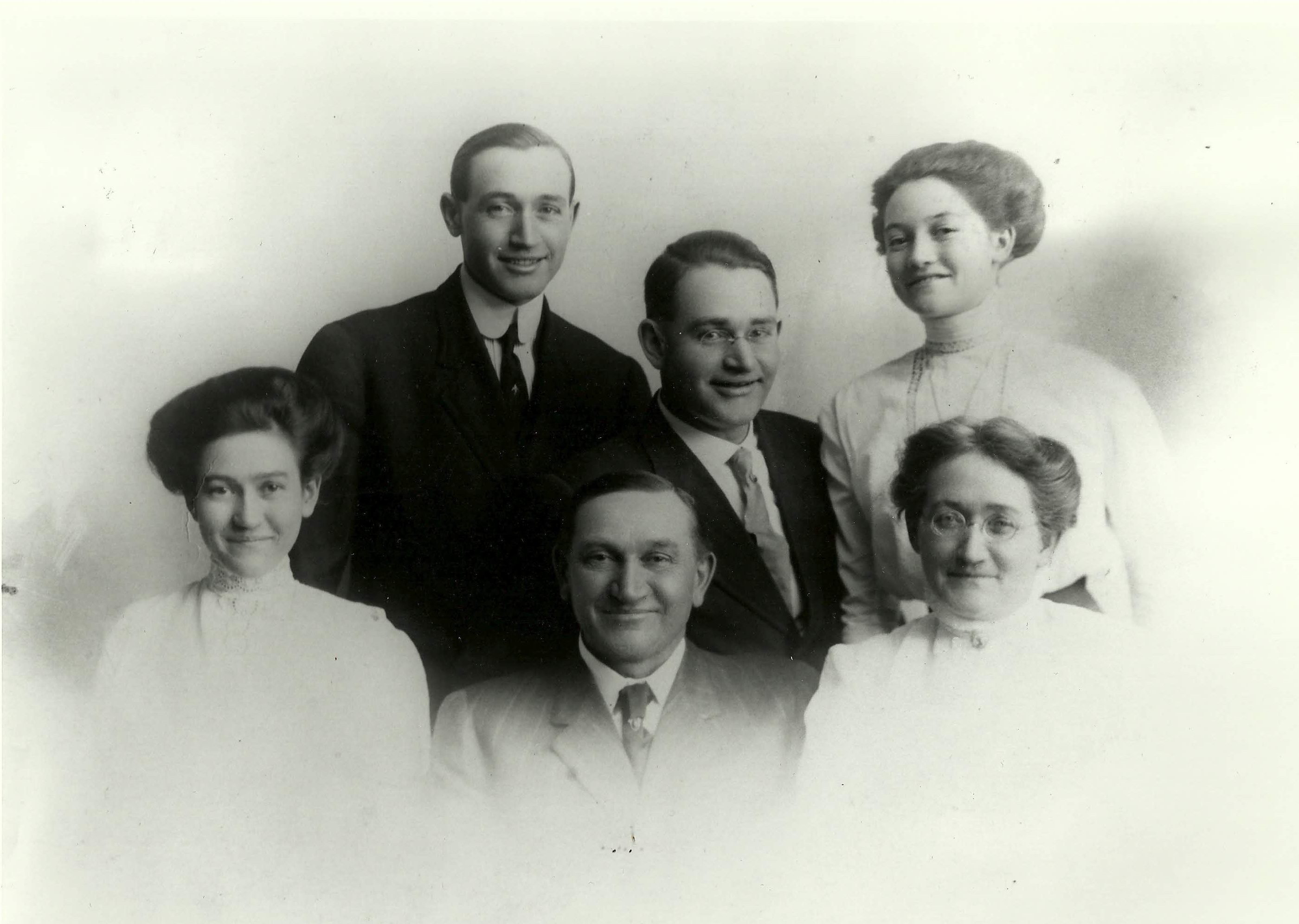 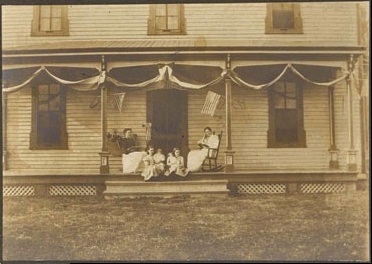 S.W. Perin was the Superintendent on the College farm for more than 40 years. He came from a family that homesteaded in Custer County. He was a husband and father. He was a man who enjoyed the work on the farm and cared for those who worked there. He was a well loved man, as many people praised his dedication and commitment.

S.W. "Dad" Perin got his start on the rugged plains. He was born in 1859 in Council Bluffs, Iowa, with the given name of Senator Willis Perin. Within the first year of his life, Perin was headed west in a 125 long wagon train with his mother, four older brothers, and hired man to meet up with his father in Colorado. Perin's father was mining for gold at Pikes Peak, but it was not to be. Perin's father had been unsuccessful in his venture, and they headed back east to Davenport, Iowa. [1]

In the spring of 1880, Perin and two of his brothers decided to homestead in Custer County, Nebraska. [1] The brothers survived their first horrible winter in a sod house. in 1882, Perin married the neighbor girl, Laura Courtney. While living on the homestead, the Perin family grew as Charlie, Dale, Edna, and Hazel were born.

In 1889, when J.D. Courtney, superintendent of the Industrial College Farm and brother-in-law, left the position, and S. "Will" Perin became the new superintendent. [1] Will Perin, Laura, and family moved to the college farm in Lincoln. 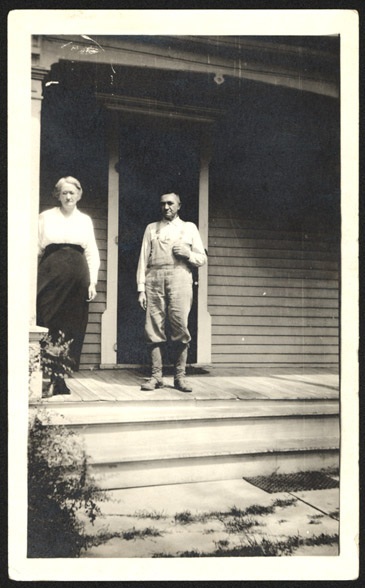 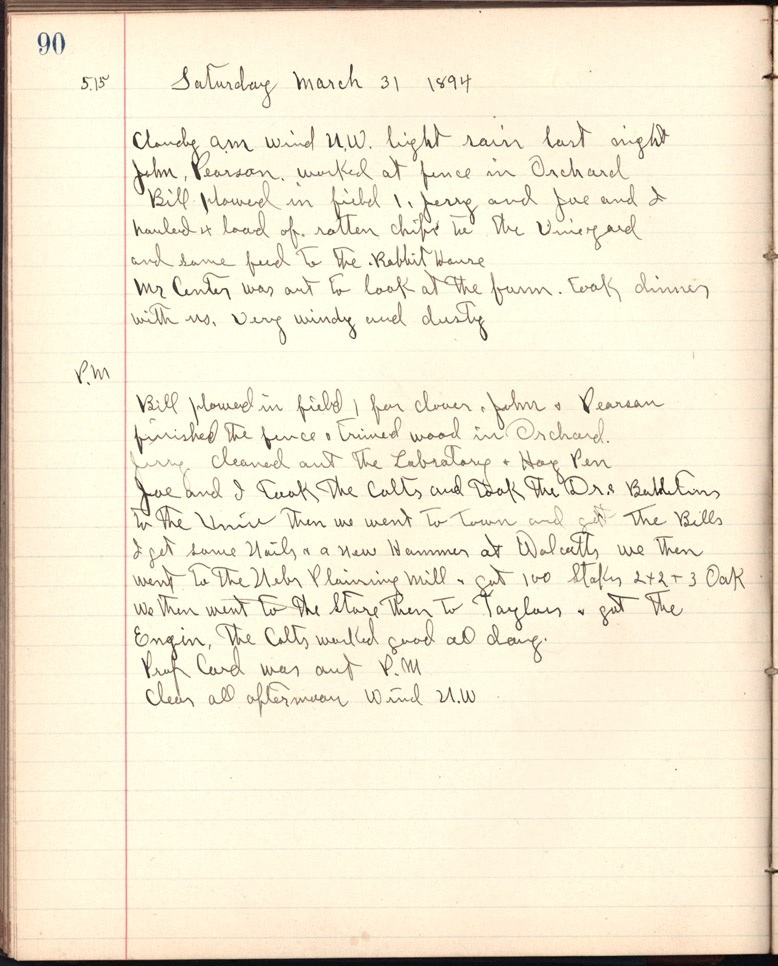 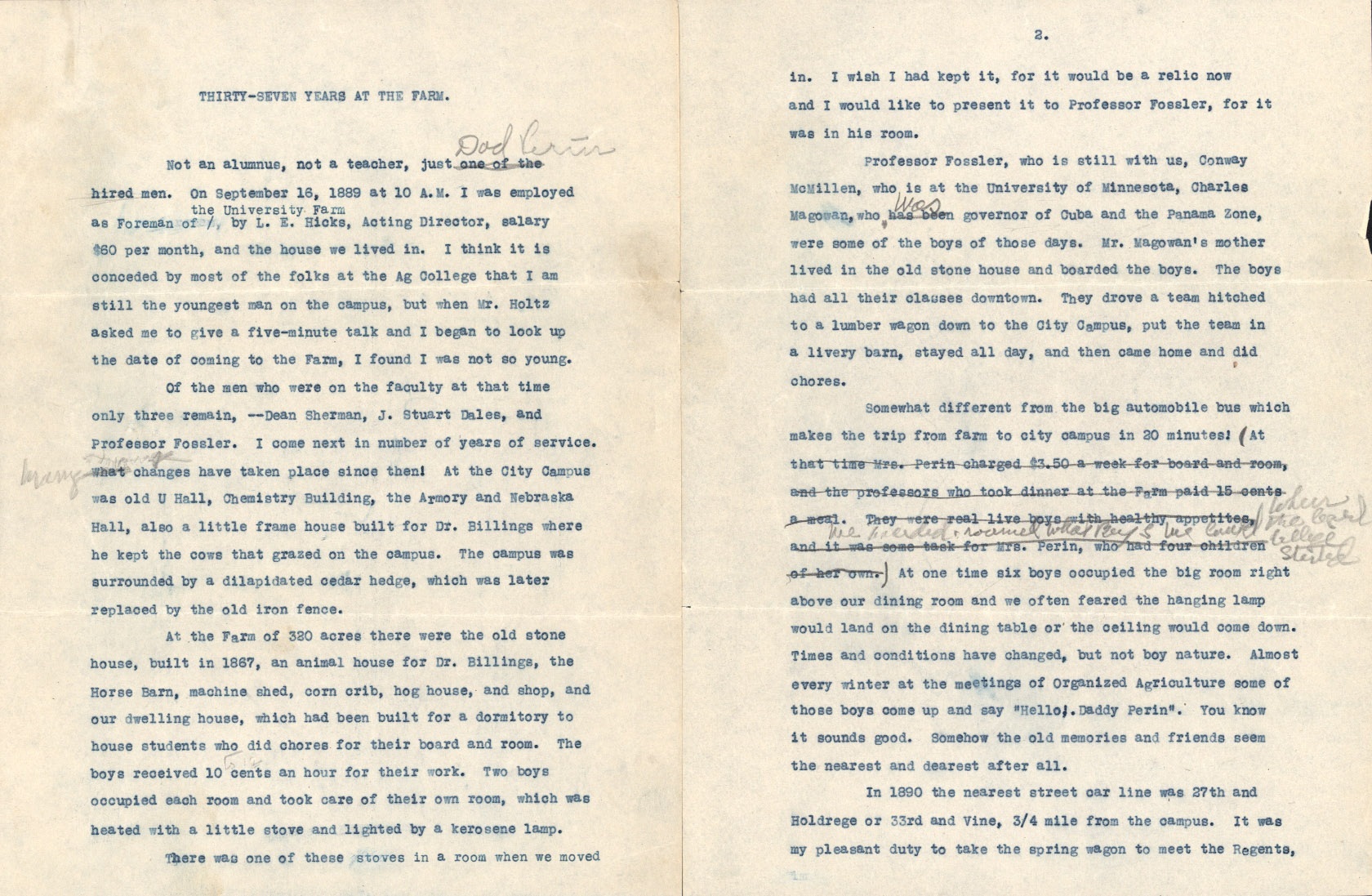 "At the Farm of 320 acres there were the old stone house, built in 1867, an animal house for Dr. Billings, the Horse Barn, machine shed, corn crib, hog house and shop and our dwelling house, which had been built for a dormitory to house students who did chores for their board and room." In this excerpt from Perin's radio address, "Thirty-seven Years at the Farm," he describes the buildings that were on the college farm on Holdrege street east of Lincoln when he came in 1889. [6]

Perin's job in the early years included many of the things that were needed to run the farm. He was in charge of caring for the experiments going on at the farm. This included any crops in test plots, crops for the animals, hogs, cattle, horses, and chickens. Perin was in charge of the general upkeep of the farm. He was also in charge of the college boys required to work out at the farm while enrolled in the College of Agriculture. The boys lived in the same large white frame house as the family and would do the daily chores on the farm in the mornings and evenings and go into town for class at the University. [9]

One of the things that Perin really enjoyed was to give people a tour of the college farm. When new professors or other important people came to town, Perin was waiting for them and their spouses at the train station with horses and wagon to show them around the University and the farm. It was this way that Perin first met future Dean of Agriculture and Chancellor Burnett and his wife. [1] Even as the farm grew into a University, Perin was always ready to show anyone willing the farm.

As more classes and departments were moved out to the farm, and buildings added, Perin still held the title of the superintendent of the college farm. His job became less working with the experimental test plots and animals, and more administrative, The last ten acres of land under Perin's care was surrendered to be the site of the College Activities Building completed in 1926. [1]

Perin passed away in 1930 from illness. He worked up until his last nine months when he was confinded to his bed. 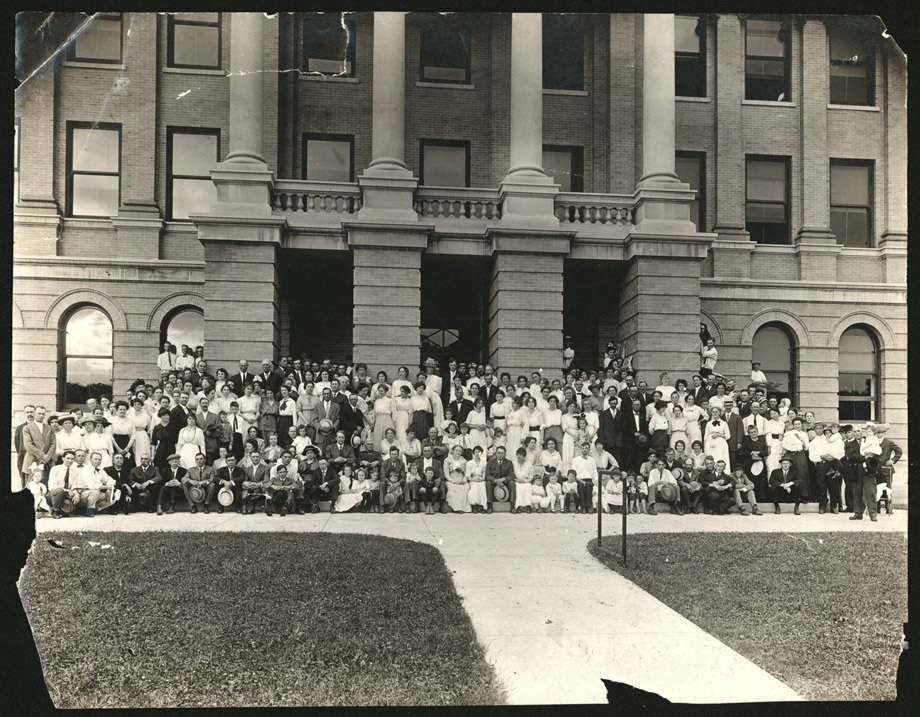 When S. W. Perin died on January 18, 1930, he left behind his wife, 4 children and a legacy that lives on today. In honor of the loss of such a vital part of the campus, the flags on campus flew at half-mast, class was cancelled and offices were closed. His funeral was well attended by hundreds of family members, friends, co-workers and students in remembrance of a great man who built East Campus. 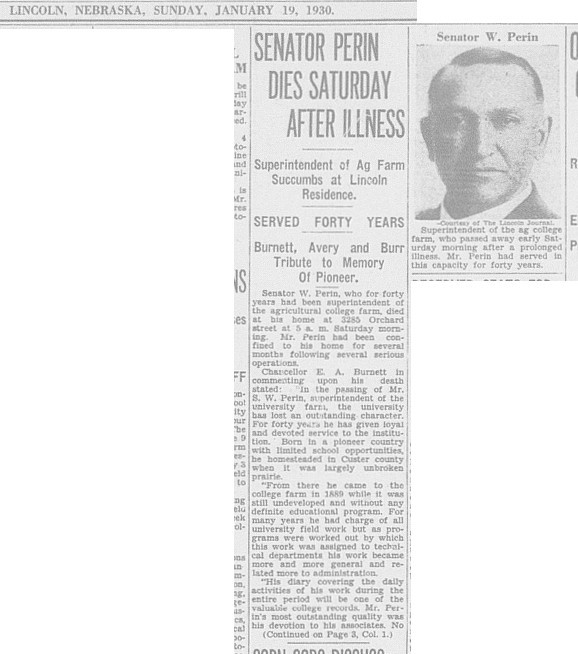 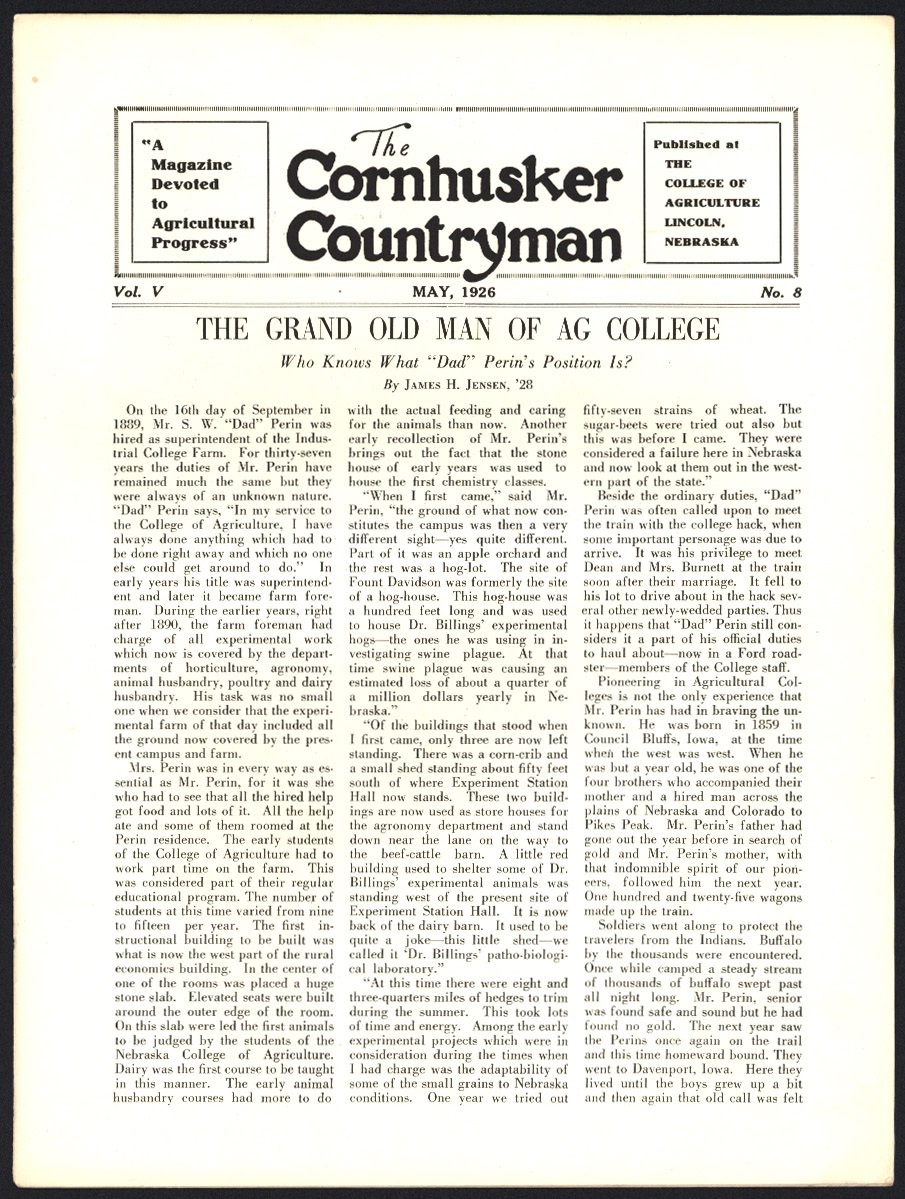 Dean W.W. Burr gave tribute to Mr. Perin and his willingness to serve by saying:

“In the passing of Mr. S. W. Perin the university has lost one of the most faithful and efficient workers it has had in any capacity and many of us have lost one of our most loyal friends. During the forty yearrs that Mr. Perin was connected with the universtiy its interests were always foremost in his mind, and he knew no limited hours of service. No matter what time of day or night that something needed attention, he was the first to be called and the first to respond. He loved the agricultural college and took a keen interest in its every activity.

"During his many years at the agricultural college he made numerous lasting friendships. Many of the young men, who have attended the school and the college look back upon the many kindnesses he rendered them in helping them over the rough places that come to one in student life. He was a splendid type of man in every way.” [4]

Chancellor E. A. Burnett summarized Mr. Perin's dedication to the university in this way:

"In his death every member of the faculty who had known him feels that he had lost a very personal and devoted friend. The university has lost one whose services cannot be replaced. The community had lost a man of sterling integrity and of rare personal qualities. He was one of God’s noblemen” [2]