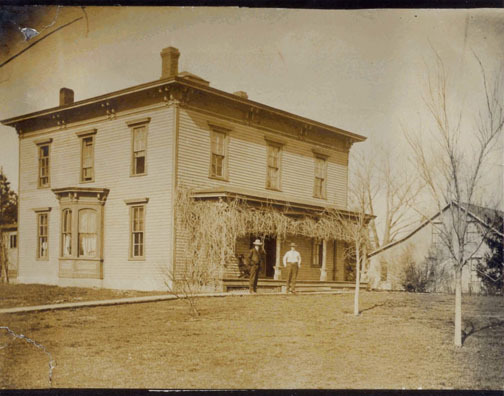 The Porch is a replica of the original house that the Perin family lived in from 1889 to 1923. The Porch and S.W. Perin was commemorated in 1996.

A farm was purchased in 1874 by the Nebraska Board of Regents to be used for the college purpose of teaching agriculture. The farm was on Holdrege in the same place it is today though it was not as big back then. The original wood frame house was built in the fall of 1875 to be used as a dormitory. [9]. Later when S.W. Perin and his family moved to the farm, they lived in the building. In 1923 the Perin's moved to 33rd and Holdrege and the house was torn down. [9]

The house was a central place for the farm. It housed some of the students. For some of the boys, the Perin's and the house became their home away from home. Mrs. Perin would also cook in the house and feed the college students and professors that would come out to the farm.

The porch was a place were everyone could relax. It is probably the site were many stories and jokes were told. One could just imagine everyone sitting out on the porch one evening alive with chatter. In the middle of it all would be "Dad" Perin and Laura. 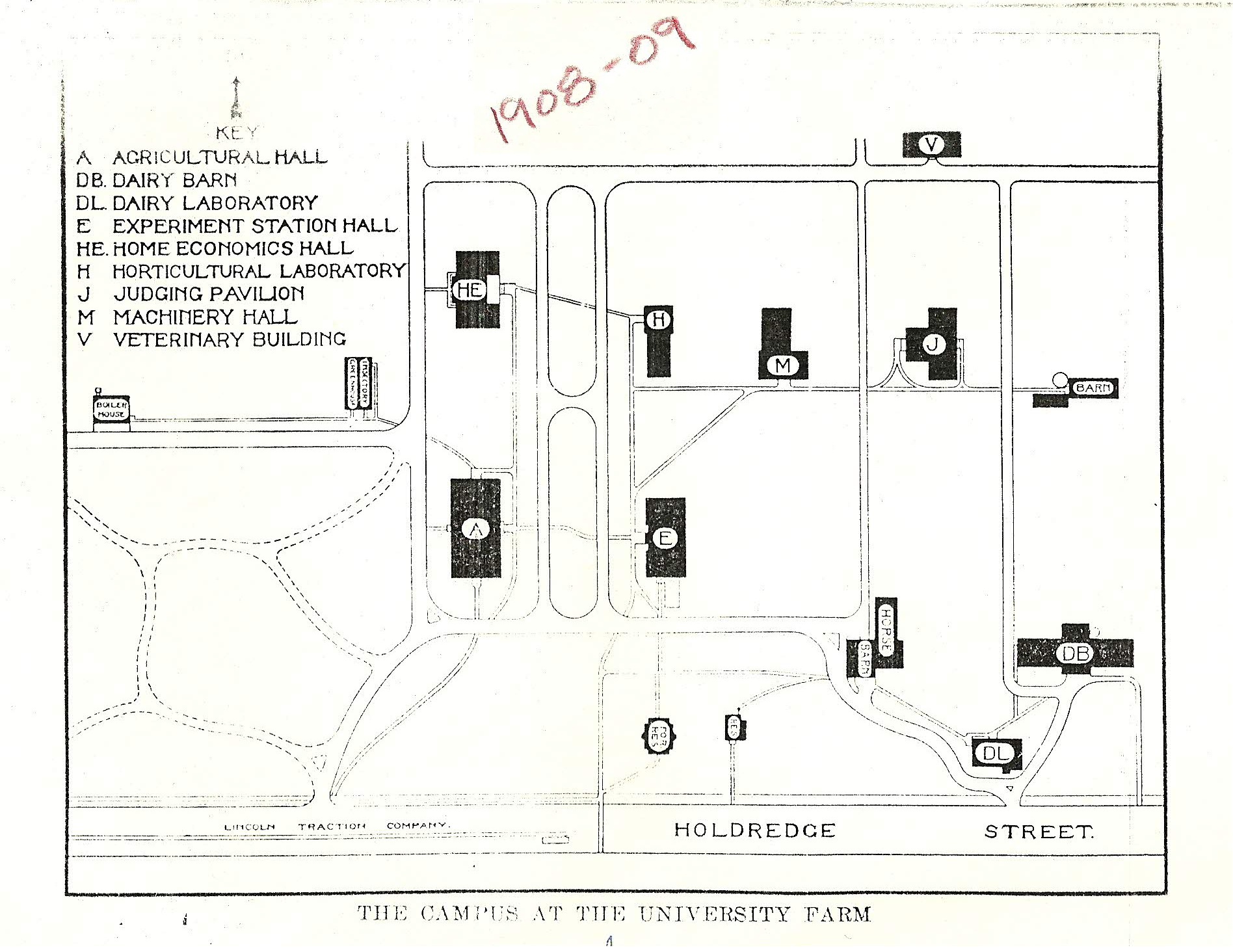 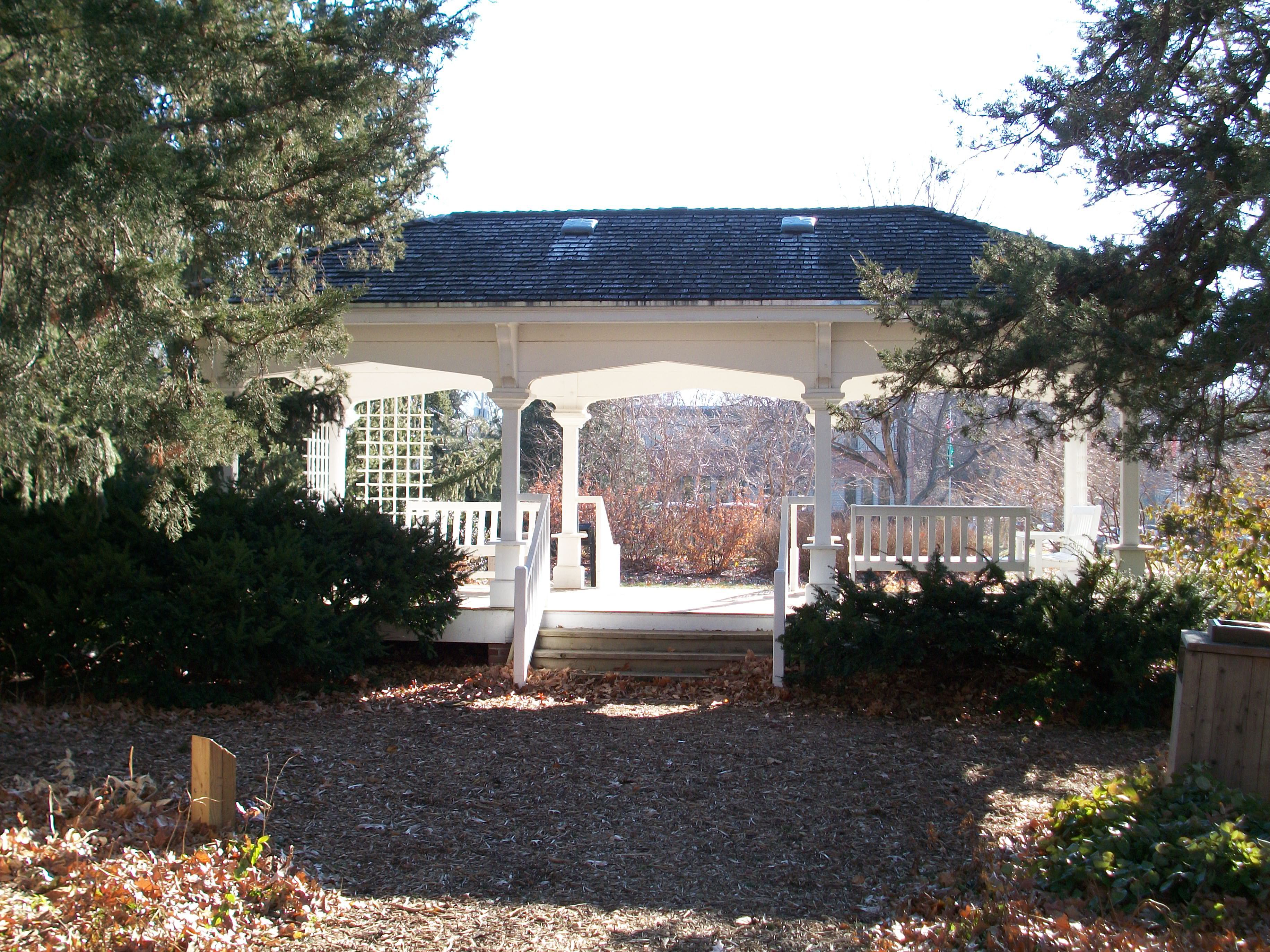 The commemorative porch was started in the fall of 1989. Emily Levine, on the UNL Landscape Services Nursery Crew, was researching the agricultural farm grounds when she found Hazel Perin Reeder's book, Growing Up with the Nebraska School of Agirculture. Intrigued by the stories and the importance of S.W. "Dad" Perin in the early days of the farm, she collected pictures of the old house to use for the planning of the Porch. Bud Dasenbrock, director of Landscape Services at the time and worked to bring together support. Richard Wahl, Construction Manager of Landscape Services was the leader of the building crew. Research and planning continued and in the fall of 1990 construction was started for the Porch and completed in the fall fo 1991.

The site chosen for the Porch is close to the original frame house torn down in the 1920's. The Porch faces south towards Holdrege street like the original with a mirror side facing north.

During S. W. Perin's career as superintendent of the agricultural college, his house was a focal point of the campus. The porch especially was where students and co-workers would meet to relax and socialize. After the house was torn down in the 1920's, it was not until the 1990's that the porch was reconstructed through the work of Emily Levine.

The porch was built in honor of those who helped build East Campus into what it is today especially, S. W. Perin and the vital role he played as the first superintendent. The porch was built in large part by the University of Nebraska-Lincoln Botanical Garden and Arboretum and is open to the public year round as a contemplative place to relax, enjoy the scenery of East Campus and socialize. 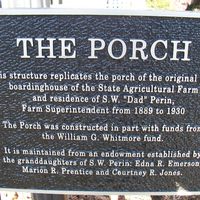 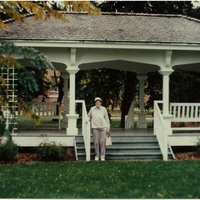 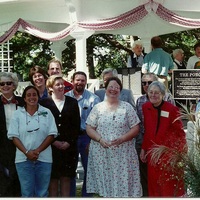 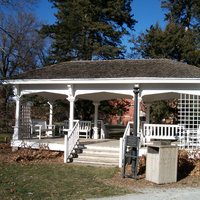