Planting the Seeds: Fossler and the Schiller Linden Tree 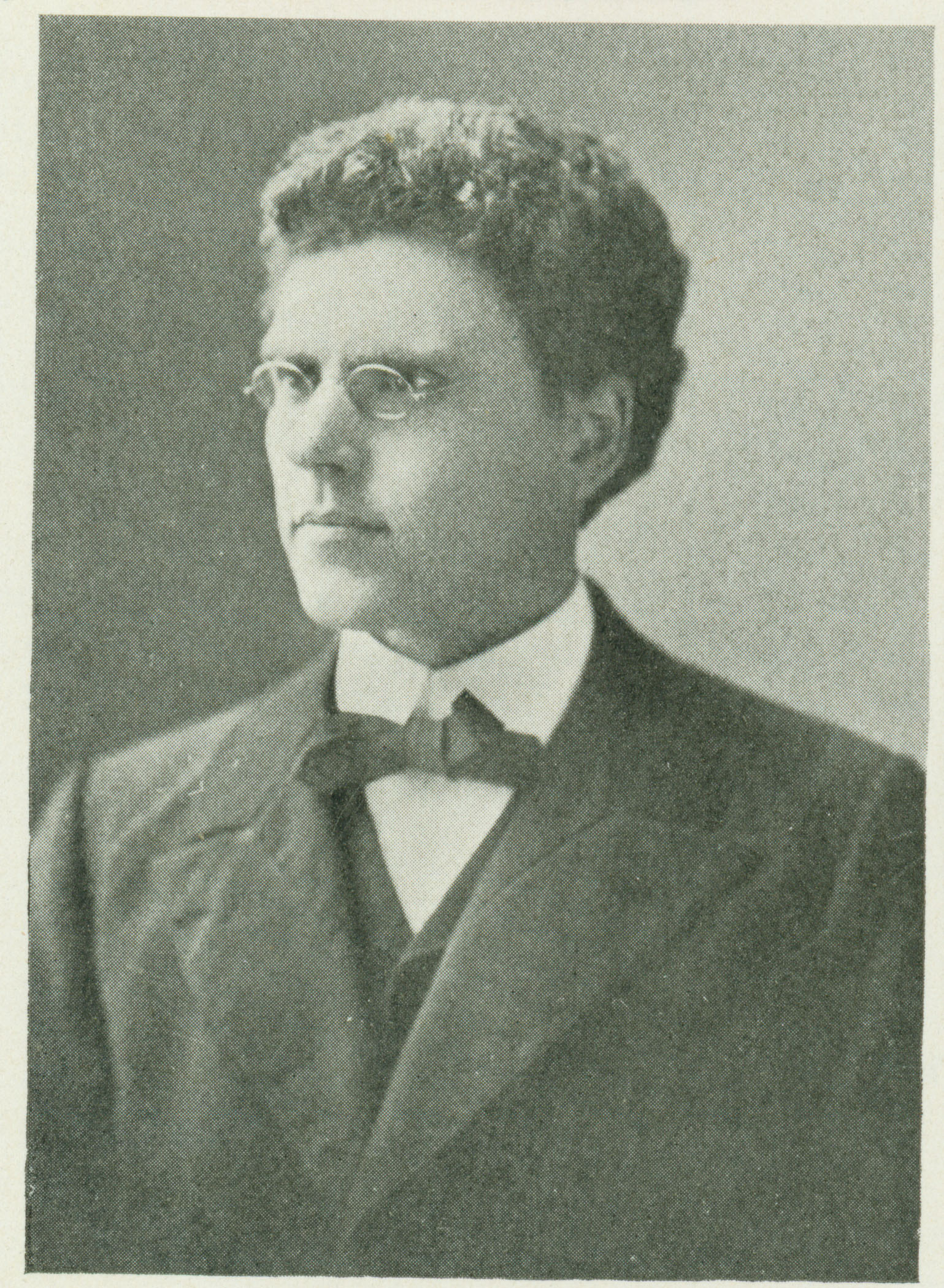 Laurence Fossler served as professor of German language at the University of Nebraska from 1889 to 1926. His work interpreting, translating, and writing material for use in classroom is part of his lasting legacy on the University's campus and throughout academia.

Born in Würtemburg, Germany, Fossler immigrated to the US in 1872 at age 15, speaking no English. He attended the University, graduating in 1881, and traveled back to Europe for a year of study at the University of Paris and Berlin. Upon his return to Nebraska he took a teaching position at Lincoln High School and, in 1889, received an offer to teach German at the university. By 1891, German had become so popular that the subject was given its own department, of which Fossler was in charge.

Fossler, beloved by his students and follow professors, alike, received the honor of having all classes dismissed upon his death in 1933. (Thompson, 1933). 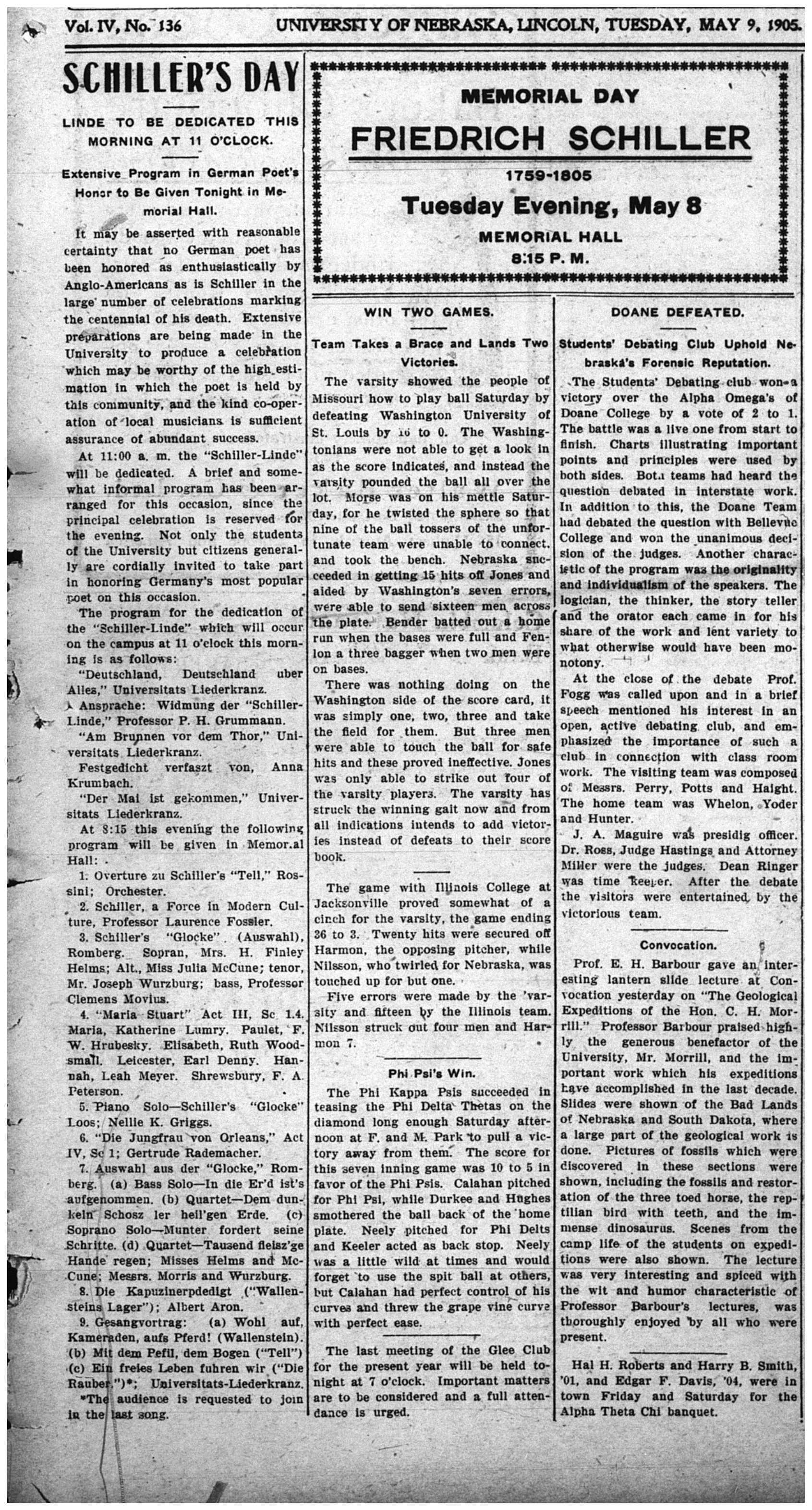 On June 12, 1905, Fossler wrote the Board of Regents concerning his plan to plant the Schiller Linden tree. The tree and its plaque were intended to be an homage to the linden-lined street in Berlin, Germany, known as "Unter dem Linden" or "Under the Lindens." Fossler explained to the Board that the funds for the tree, fence, and the plaque were paid for mostly by the German residents of Lincoln and that the plaque had been designed by a student by the name of Lillian Rudersdorf (Fossler, 1905).

Uprooting the Tree: WWI →
Planting the Seeds: Fossler and the Schiller Linden Tree