The Federal Government sought to tighten down on the specifics of the federally endowed land. This was a reactive measure to fight against land speculators.

CHAP. 102.- An act to amend an act donating public lands to the several States and Territories which may provide colleges for the benefit of agriculture and the mechanic arts

Be it enacted by the Senate and House of Representatives of the United States of America in Congress assembled, That the fourth section of the act donating public lands to the several States and Territories which may provide colleges for the benefit of agriculture and the mechanic arts, approved July second, eighteen hundred and sixty-two, be, and the same is hereby, amended so as to read as follows:

SEC. 4. That all moneys derived from the sale of lands aforesaid by the States to which the lands are apportioned, and from the sales of land-scrip hereinbefore provided for, shall be invested in stocks of the United States or some other safe stocks; or the same may be invested by the States having no State stocks, in any other manner after the legislatures of such States shall have assented thereto,  and engaged that such funds shall yield not less than five per centum upon the amount so invested and that the principal thereof shall for-ever remain unimpaired:  Provided, That the moneys so invested or loaned shall constitute a perpetual fund, the capital of which shall remain forever undiminished (except so far as may be provided in section five of this act), and the interest of which shall be inviolably appropriated, by each State which may take and claim the benefit of this act, to the endowment, support, and maintenance of at least one college where the leading object shall be without excluding other scientific and classical studies, and including military tactics, to teach such branches of learning as are related to agriculture and the mechanic arts, in such manner as the legislatures of the States may respectively prescribe, in order to promote the liberal and practical education of the industrial classes in the several pursuits and professions in life." 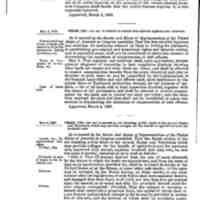 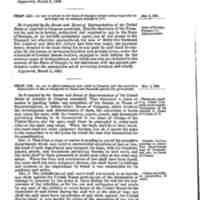