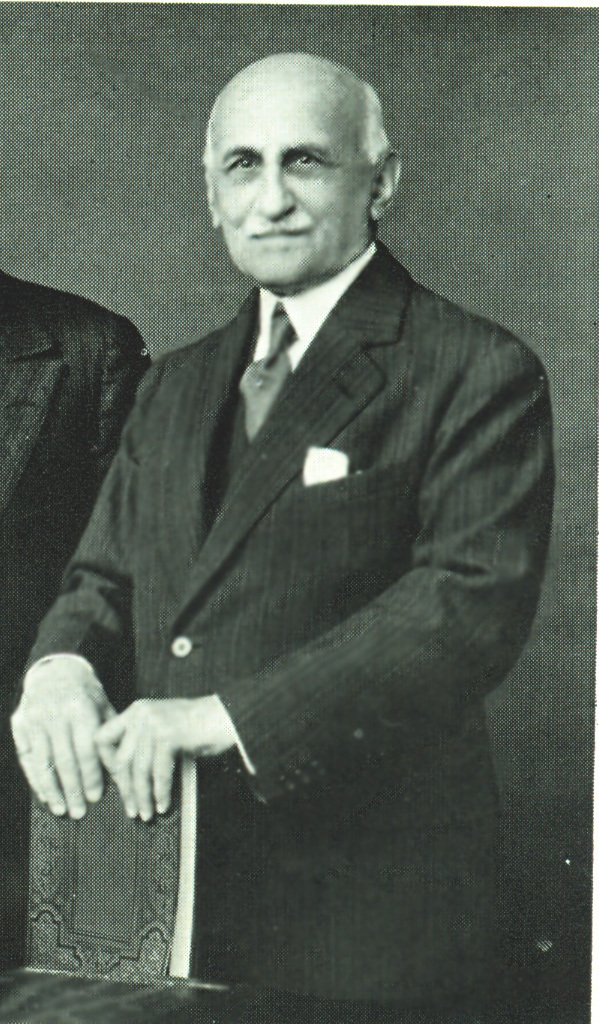 Fred Morrow Fling began his teaching career at the University of Nebraska in 1891 as a professor of European History.

He graduated from high school in 1879.  He received his B.A. at Bowdoin College (Brunswick, Maine)  in the summer of 1883. He taught History, Greek and Mathematics at Biddeford (Maine) High School for five years (1883-1888).  When not teaching in Maine, Fling edited a local daily newspaper at Old Orchard Beach.

In 1888, Fling continued his studies at the University of Leipzig, Germany. He received his Master’s and Ph.D. in history, economics and English literature. At Leipzig, he did his thesis on Honoré Mirabeau, which started Fling’s life long study of Mirabeau and the French Revolution. He graduated in 1890 and returned to the U.S.

Fling became known as the founder of a teaching doctrine known as the “Nebraska Method,” which focused on primary sources. In 1919, Fling attended the Paris Peace Conference with President Woodrow Wilson after the Armistice of World War I.

Professor Fling proved instrumental in the development of the Ivy Day celebrations at the University of Nebraska. "He attributed the lack of true college spirit at Nebraska to its newness, and he was hopeful that institutions such as Ivy Day would promote a keener appreciation of the school by the student body." (Manley, 283)

Fling was born on November 4, 1860 in Portland, Maine, to Charles Harden and Cynthia Elizabeth (Davis) Fling. He had a brother, Harry Fling, and a sister, Rosa Fling, who remained unmarried.

Fred Morrow Fling died in Lincoln, Nebraska, June 8, 1934, and his grave is located Wyuka Cemetary. Fling continued to teach up until the time of his death. He left the last two volumes of his work on Mirabeau unpublished.

In 2011, due to the efforts of Gwyneth Talley, Fling's decendents provided new resources to the Archives & Collections. UCARE Project Leads to Donation from Professor's Family.