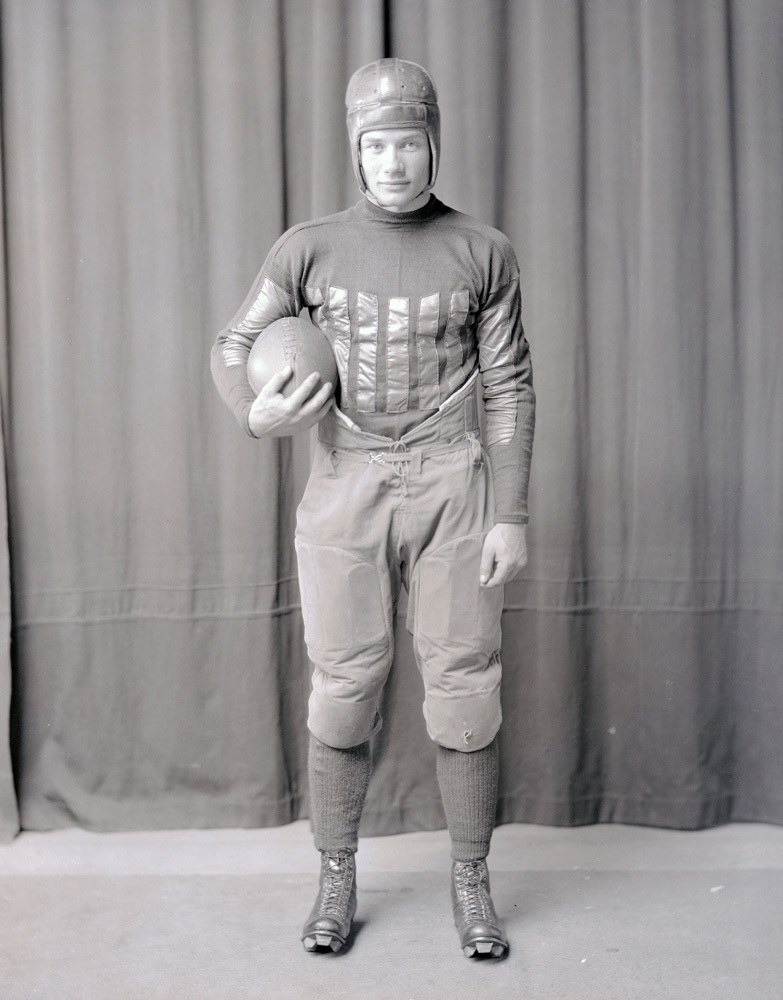 On Mar. 16, 1974, the Board of Regents approved naming the outdoor track the "Edwin F. Weir Memorial Track Facility."

Athletic Director Bob Devaney wrote a letter to Chancellor James H. Zumberge on May 8, 1973, outlining some of the reason for naming the track after Weir: “Mr. Weir has been associated with the University of Nebraska for more than fifty years, as a player, a coach and a staff member. During that span, he endeared himself to Nebraskans in all walks of life. Ed was a superb high school athlete from Superior, Nebraska who enrolled at the University and worked diligently towards stardom. He brought honor and glory to the Cornhuskers in the mid-1920s as the first of the “red-dogging” linemen. Twice he played starring roles in defeats of Notre Dame’s Four Horsemen and in 1925 he played a key role in the defeat of Illinois by helping to hold Red Grange to minus-yards rushing. After playing professional football, Mr. Weir returned to his alma mater to assist in football and track coaching…. .. he guided Nebraska to give indoor and five outdoor conference championships…. Ed Weir is “Mr Cornhusker,” to Nebraska football and track fans because of his many years of service….” (Devaney, 1973)

Ed Weir, on Mar. 22, 1974, wrote to Zumberge: “During the many years I have been associated with athletics here at the University, I have received many fine tributes, but this latest, coming from my own University, has to be the finest I have ever received.” (Weir, 1974)

From Superior, Nebraska, Ed Weir attended the University of Nebraska and played football for the Cornhuskers. He is the first Nebraska player to become a member of the College Football Hall of Fame.

In 1929, Weir came to Nebraska assistant football and track coach. The Daily Nebraskan for Jan. 16, 1929 reads: At the wing coaching position, Coach Dana Bible selected Ed Weir, Nebraska's All-American tackle, for 1924 and 1925. Weir has been in the professional ranks for the past years playing end for the Frankfort Yellow Jackets, one of the leading pro teams." (DN, 1929)