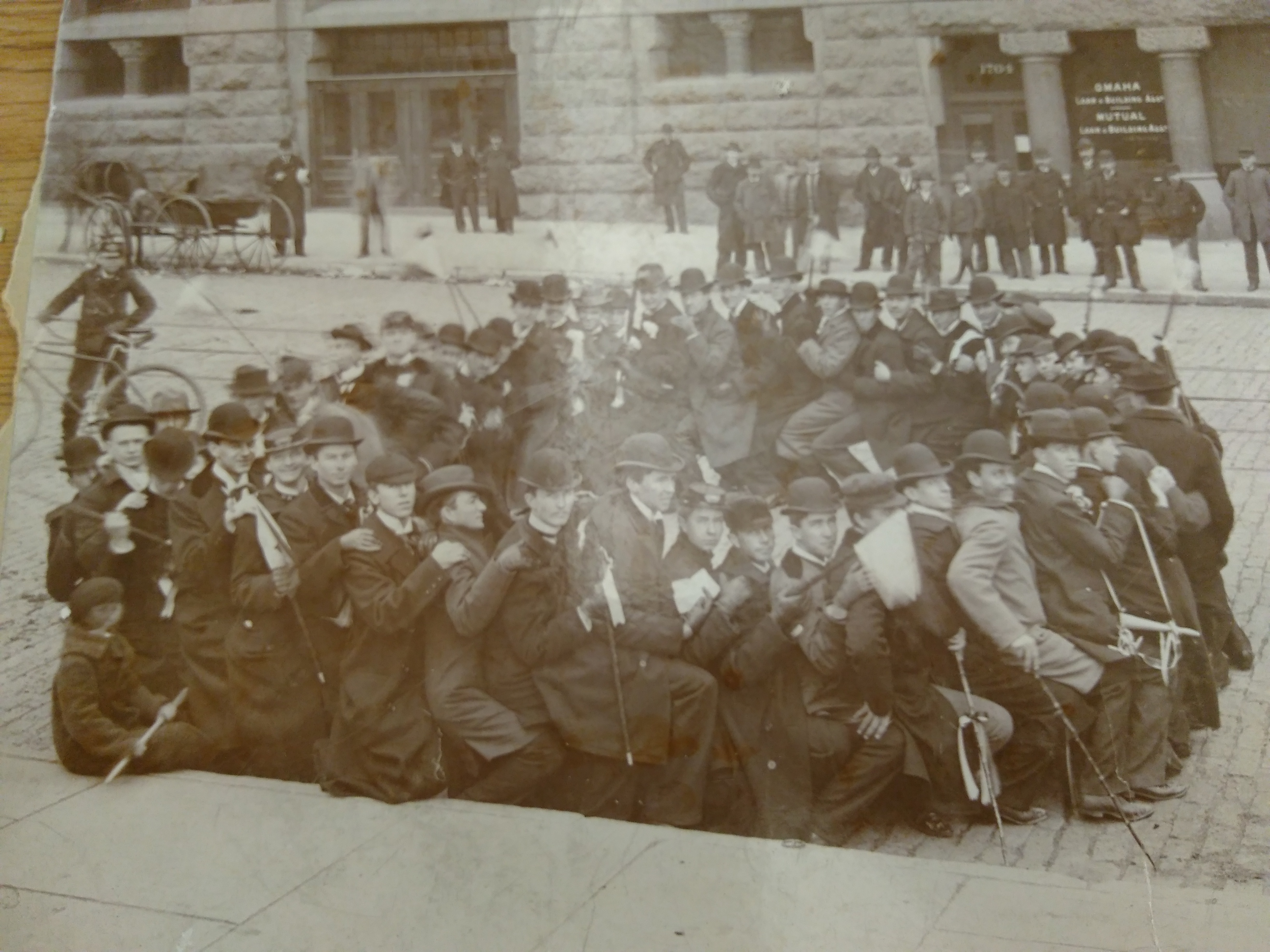 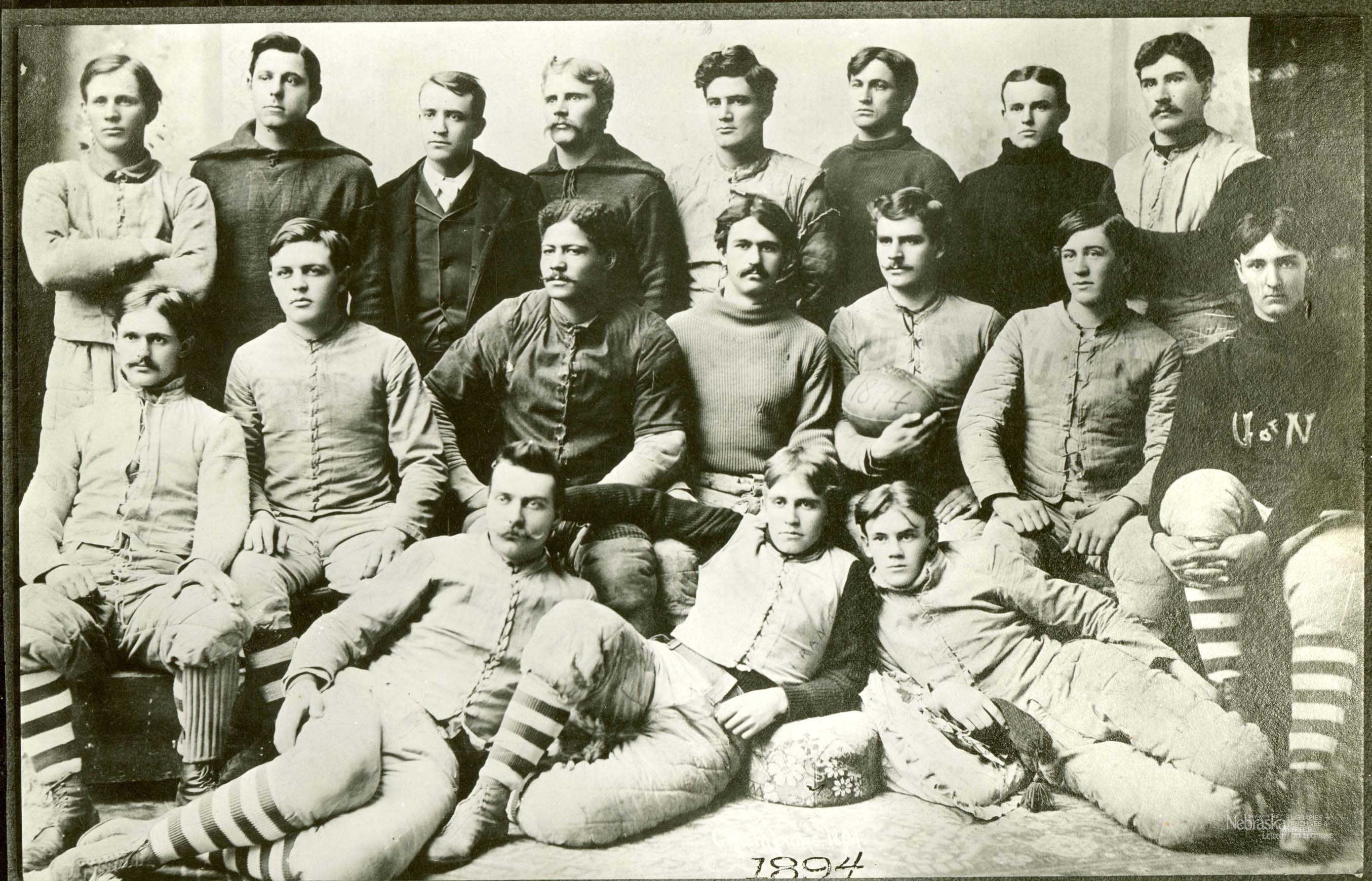 College football has been a significant tradition for many Americans in the United States. In Nebraska, however, it has been a part of day to day life since the early days of the University of Nebraska. When Nebraska started its football program, they were not called the Cornhuskers and were just starting to gain some notoriety in the 1890s. The first few names of the teams were the Nebraskans, the Tree Planters, the Old Gold Knights, and the Rattlesnake Boys. The name, the Bugeaters, would be given to the team in the 1890s that managed to last the rest of the decade, it was, however, changed to the Cornhuskers by the turn of the century. With the new name the Bugeaters, the team would help not only the University, but also Nebraska as a whole. Under this name, the Bugeaters would help promote football tradition at Nebraska and serve as a symbol for the future Cornhuskers for the next couple of decades.

The state of Nebraska was founded on March 1, 1869, but the territory was open to settlement in 1854, thanks to the Kansas-Nebraska Act passed by Congress. With this, Omaha, Lincoln, and Nebraska City served as gateway cities and managed to gather a large population in the beginning of the state. Omaha and Lincoln were gateway cities due to their close proximity to the Missouri River where most transportation from the East would stop. When the railroad companies began construction of new rails for the Transcontinental railroad, they managed to spread people across the state and the people arriving would have to adapt to a new lifestyle. The railroad companies also advertised the Great Plains as a fertile and wonderful place to live. When people arrived, however, they soon realised that they were tricked by the railroad companies and were stuck in an unfamiliar environment. At first, the name Bugeaters began as a little joke about the people of Nebraska. The people who came to Nebraska were mainly immigrants seeking a new life on the new frontier. Some of these migrants were from European countries like Ireland, Sweden, and Germany. Other migrants were freed African Americans escaping the South and finding a new life on the Plains. [1] Now all these people arrived from various cultures and backgrounds, most of them looked for some way to be connected to each other. The reason they chose football was because it reminded them of working in the field, which every migrant to Nebraska pursued and wanted to make a living on a new frontier. They thought that as long as the sport looked like work, felt like work, and even smelled like work, it was the same thing as working in the field.[2] In a familiar way, it can sort of be an aspect of how the american dream can be achieved through hard work. Because Nebraska was still a new frontier, most of the people in the eastern United States thought the people of Nebraska were so tough that they would eat bugs to survive. The people may have been thought of as tough, but the men who joined the team proved it to the people.

Even if they were not known as the Cornhuskers, the Bugeaters still had some very interesting players as well as significant games that allowed them to gain some notoriety from the people that were arriving in Nebraska. Two of the first 11 players on the team that managed to help the Bugeaters gain some footing, were Ebenezer Mockett and Charles Skiles. Mockett served as the team’s captain and Skiles serving as an end player. Skiles would also serve as the athletic editor for the Hesperion between 1890 and 1891 and the President of the athletic association. It was basically Skiles job at the time to report on most of the athletics at the time, so in some ways, Skiles was able to spread to allure of college football to other people. These two managed to help lead the team back when the game was still new. They even remembered that the scoring system for college football is not the same as it is today. For starters, a touchdown was worth 4 points and a field goal was worth 2 points when the sport began. Their accounts also state that there was no forward pass, meaning that the only way to move the ball on the field was by running the ball down the field.[3] In this conversation, it allows an explanation as to why football can always be changing and how rules and safety back then are very different from the rules and regulations of today. These two players allowed a brief inside to the general game of football in the late 1800s, but there are some special characters that managed to leave an imprint on the University.

One of the most significant players of this time would be George A. Flippin, the first African-American halfback that played on the Bugeaters during the early 1890s.[4] Flippin’s first achievement occurred in a game against Illinois in 1892. Nebraska won the game and this would be the first time that the University beat an opponent that was outside the state. One of the most infamous games was the forfeit win for Nebraska against Missouri. The reason being for the forfeit was because of George Flippin’s presence on the team. Due to Missouri still qualifying as a “Southern” state, most of the racist views were still prevalent toward African-Americans, including the education system. A similar incident occurred with Flippin when the team played against the Denver Athletic Club in 1893.[5] Though the department never stated that Flippin was the reason for the forfeit, the DAC still got a response from the Nebraska State Journal about their treatment of Flippin. These two games showed something significant about the team and tradition that still occurs to this day. No matter what a person looks like or where they are from, they will always have a place on the team. Another significant player was George Henry Dern, who served as the team's captain in 1894 season. To think that even in a time that was still adjusting after 30 years after the Civil War, it is amazing to think that their were people already willing to adopt new ideas, even when they faced prejudice. With this fame, it is hard to think that it would only last for seven years. With these significant players, it would be believable that they would also have some significant games.

The first game the University of Nebraska ever played was against the team representing the Omaha YMCA on November 27, 1890 when they were still referred to as the Old Gold Knights. This game served as the beginning of college football tradition in Nebraska. The Bugeaters also managed to have successful seasons in the early years. During their 1894 season, the team managed to win four out of the five games schedule and only losing to one college. When the University played home games, they mainly played in the north west corner of the “old campus.” The Bugeaters managed to earn a surprising reputation from these games and seasons, and this factor would help the team grow and become more prominent in the world of college football in later decades. The reputation would also help them gain some more interesting players and coaches, however, it would under a new identity.

Though the Bugeater name would be changed by 1899, the name and the players would leave an impression on the University that would help inspire future Husker teams.[6] The players also managed to achieve some great accomplishments after they left the University and pursued different careers. George A. Flippin, who would go to Chicago for his medical degree, would return to Nebraska and build the first hospital and pharmacy in Stromsburg and tend to patients. When he passed in 1929, Flippin’s funeral was the most attended funeral in Stromburg’s history.[7] George Dern went on to become the Secretary of War from 1933 to 1936. Charles Skiles would go on to become a lawyer after getting his degree. Thanks to the popularity of the sport, Nebraska University was able to get a new stadium built in 1908 that would become the future “Memorial Stadium.” Cy Sherman, the Lincoln Journal Star sports editor, would be the one to rename the team to the Cornhuskers at the turn of the century. At first the name “Cornhuskers” was used as a derogatory term after Nebraska had an upset win over Iowa. When Cy Sherman heard the name, he liked it and decided to call the college team the Cornhuskers. He would later go on to become an honorary member of the “N” club by D.X. Bible, the Director of Athletics at the time, on November 24, 1933.[8] By the turn of the century, the student population at Nebraska University had risen to 2,000. Later on in the early 1900s, new coaches like Walter C. “Bummy” Booth and Ewald O. “Jumbo” Stiehm would help propel the teams popularity. Booth would help them win 25 straight games. Stiehm would help them win 34 straight games and as well as having 3 undefeated seasons.[9] Even with a large change, this team was still able to inspire the next generation of football players and still attract crowds from all over the Great Plains states and beyond. With this winning streak, the rise of the Cornhuskers as a college football powerhouse would emerge.

Though the Bugeaters have been swept under the rug, they still manage to serve as a symbol of the college football tradition that still thrives at the University of Nebraska. It is likely that without the popularity gained by the Bugeaters, football would not have as big of an impact as it has now. Football linked people together in the beginning, and it has grown massively from there. The people who came to Nebraska came from everywhere, whether from the East Coast, to the far reaches of Europe. With few people remembering the team before the Cornhuskers, it is important to remember how the Cornhuskers began as the Bugeaters and their influence on the team for decades to come.