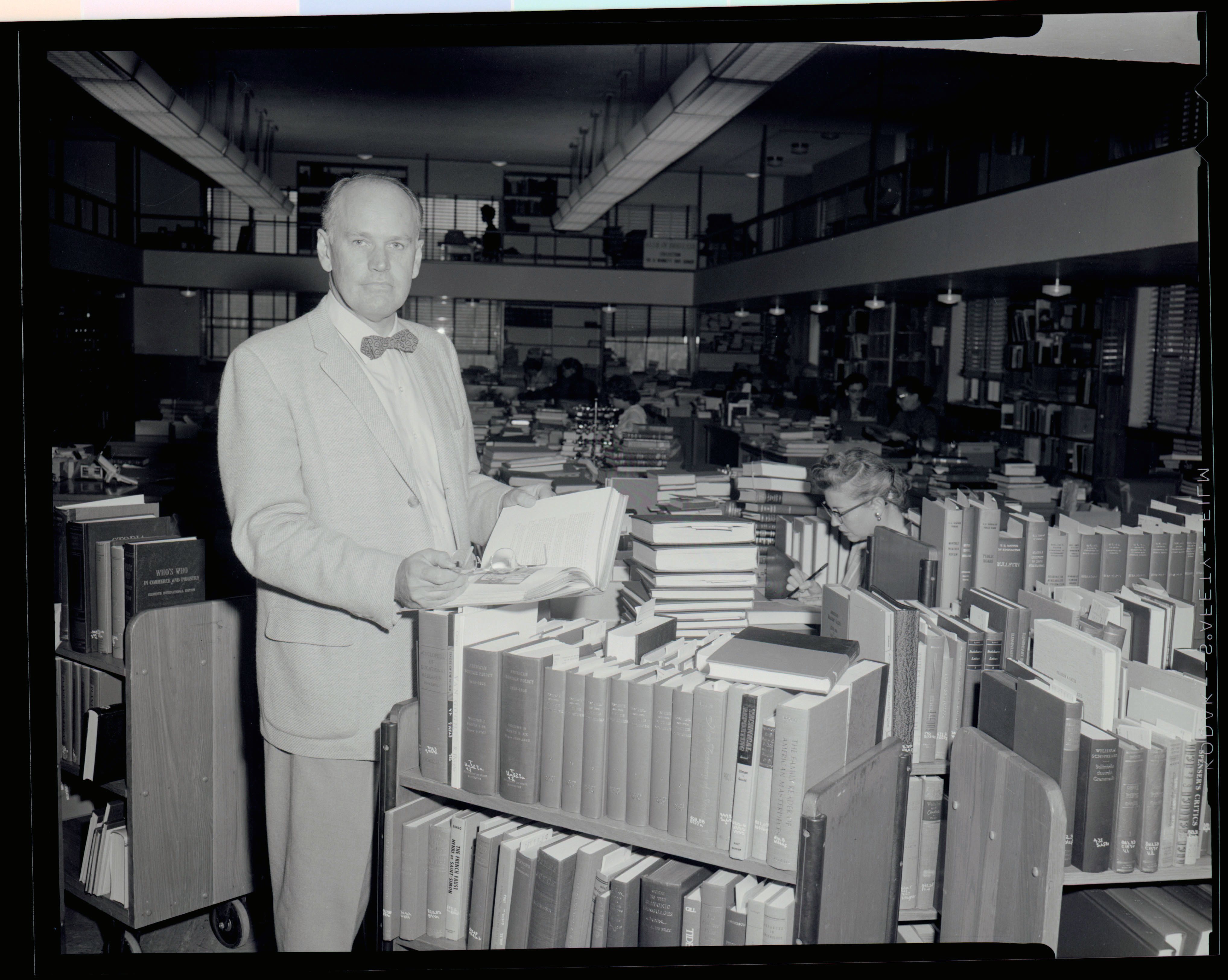 Frank A. Lundy took the position of Library Director in 1944 and within a year, in September 1945, he led the celebration of the opening of Love Library after it had been used temporarily for military housing. While Lundy directed the activities of the entire library, he periodically promoted the creation of an archival repository.

Between 1944 and 1945, Lundy wrote to other library directors about archival repositories. He wrote to Guy R. Lyle at Louisiana State University: "We are planning to develop an Archives Department in our new library building during the coming year…. I should be most appreciative if you would send me a note of the principles which you have found useful in directing its development.” (Lundy, 1945) Clara L. Craig investigated archives as anniversary celebrations were considered in 1948 and 1949. However, the idea of an archive came up only sporadically for several years.

In 1951, Carl A. Donaldson, a university purchasing agent and business manager, copied Lundy on a letter he wrote to Dean of Faculties Carl W. Borgmann: "Let’s go take a look at Archives some day soon. I believe that is the number one problem. (Everyone has ducked it since the University was built)….based on cramped storage conditions and new copying techniques. It is another one of those things the University needs badly. Where it should rank in the list of “Must haves”, your guess is as good as mine.” (Donaldson, 1951). Wendell Hoffman, head of a science photography lab, and John Selleck, university business manager, were also included in this letter.

According to Lundy's files, no one acted on the idea again until 1957. As the University looked forward to the celebration of its centennial, Lundy once again considered the archive question. He had help from James C. Olson, chair of the Department of History. Olson and Lundy worked together to get adequate funding for creating a book on university history and for an archive of the records needed for research.

Lundy and Olson collaborated on a project to hire someone to write a history and to bring the archival resources in the Library together. Lundy suggested to Olson: “If you are successful in adding at least a half-time historian to this work of seeking, soliciting, and sorting archival materials for a history of the University of Nebraska, the Library will have to add at least a half-time employee to assist in soliciting, sorting, recording, housing, and servicing these materials to people who need to consult them...." (Lundy, 1957) This same year Lundy asked for shelving to house archive materials. In 1958, he received "twenty-nine four drawer veritical filling cabinets" and gave "cordial thanks" to Donaldson for them. (Lundy, 1958, Feb.) Along with Olson, Lundy hoped to move forward "with the effective organization of a University Archive. We intend this project to lend strength and depth to the research and publication program that will center on the University’s centennial in the not too distant future. We also intend, with this start, to make the University Archives a permanent thing in the interest of safeguarding the University’s own records of its growth and development…..” (Lundy, 1958, Mar.)

By 1966, the University Archives found a new home consisting of 140 shelves in the area of Love Library called the east basement stacks. (Johnson, 1966)

Hiring University Archivist Joseph Svoboda proved to be the final component put into place to solidify the existence of the Archives.

Three years after the Archives were officially sanctioned by the Board of Regents, Frank A. Lundy left the University Libraries.