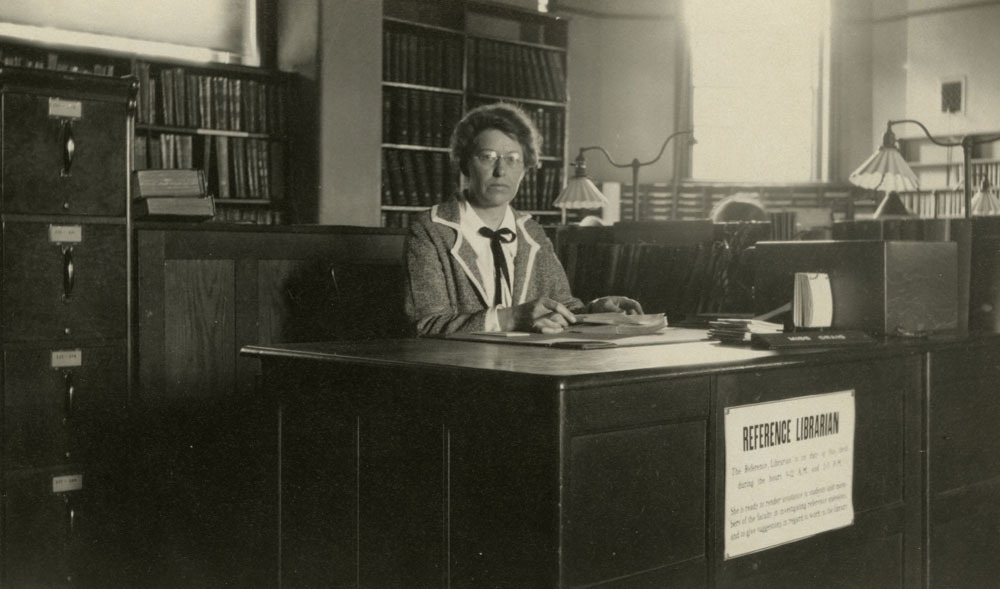 Clara L. Craig, a 1903 graduate of the University of Nebraska, served as a reference librarian for the University Libraries from June 1906 until 1949. Although Archives was not an offical program, Craig sought out archival materials to document the history of the university. In 1948 she sent out letters to alumni seeking items that would assist Fred C. Williams to prepare a history of the university.

In a letter signed as reference librarian and archivist, Craig asked for publications and wrote: "We need your help in collecting these items. WIll you also please send us any mementos of University life that you may have and feel that you can spare, such as records of student organizations, class-books, yearbooks, programs of student affairs, pictures, and so on." (Craig, 1948) The University of Nebraska Foundation provided a grant to support the project.

In order to learn more about archives and repositories, Craig sought advice from other universities. She sent letters to the Marian A. Huttner at the University of Minnesota, Lola M. Homser at Montana State University, and the University of Wyoming. Huttner's suggestions were provided to Library Director Frank A. Lundy, who added extensive comments. He suggested Craig share her information with library colleagues. In a report on archives Craig noted: "Archive material keeps coming in and there is no place to put it. The material is so scattered now that it is very difficult to do any organizing or to use it to advantage. Anticipating the abservance of the 80th anniversary of the founding of the University there have been many calls in the last few weeks for incidents in the early history of the University and the Charter Day celebrations...." (Craig, 1949)

After Craig's first efforts, Lundy periodically led the discussion on an archival repository for the next 19 years. Fred C. Williams did not complete a university history, 20 years later, prior to the 100th anniversary of the University, Robert Manley published Centennial History of the University of Nebraska. This brought the need for an archival repository to the forefront once again.